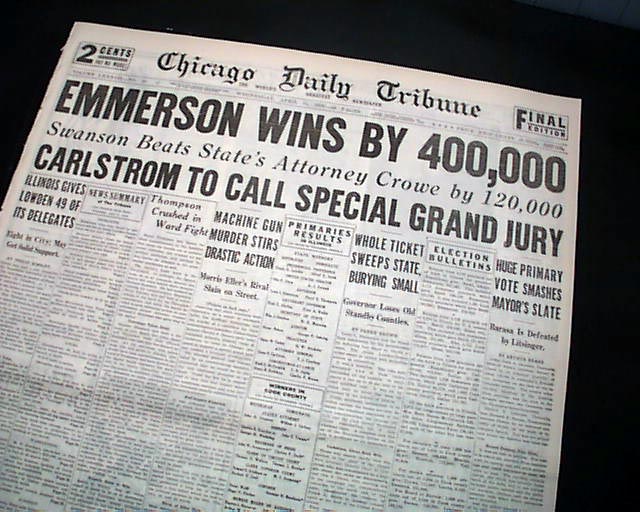 The top of the front page has a nice banner headline: "EMMERSON WINS BY 440,000; Swanson Beats State's Attorney Crowe by 120,000" with subheads. (see) More on the following pages. First report coverage on the primary election in Gangster infested Chicago, Illinois at the height of government corruption there.
Complete with 46 pages, rag edition in great condition.