Home > Back to Search Results > Criticizing the Jay Treaty... Thanksgiving to the Most High...
Click image to enlarge 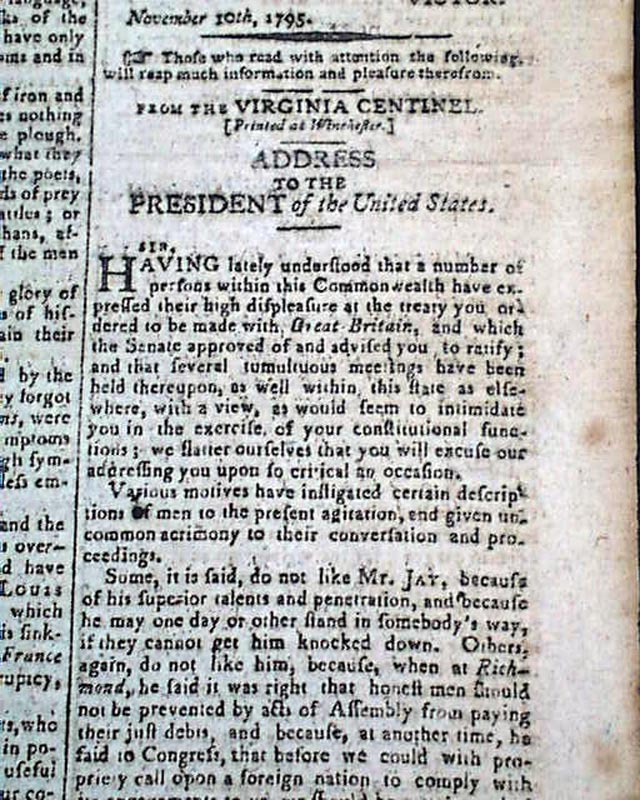 Criticizing the Jay Treaty... Thanksgiving to the Most High...

The front page has a lengthy: "Address to the President Of the United States" with criticisms about the controversial Jay Treaty with England. It carries over to page 2 as well.
Page 3 has a brief note: "Peace is at length concluded between the United States and the Regency of Algiers...". Another pg. 3 its notes: "Tomorrow will be observed as a day of General Thanksgiving throughout this state and Rhode Island...gratitude to the Most High for his signal mercies in crowning the year with his goodness & preserving to the United States peace, liberty, and independence...".
Four pages, good condition.