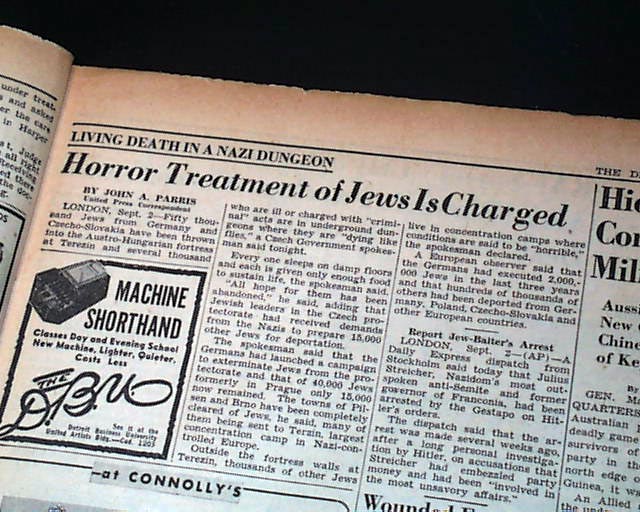 The top of page 3 has a two column heading: "Horror Treatment of Jews Is Charged" with lead-in: "Living Death In A Nazi Dungeon". See images for coverage on the atrocities in Nazi-occupied Czech Republic.
Rare to find such reports in newspapers at this time as the reality of the holocaust was just being realized. What better evidence to confirm of what really happened then having a first-hand account from the day it was first reported.
Complete with 26 pages, light toning and minor wear at the margins, generally nice.