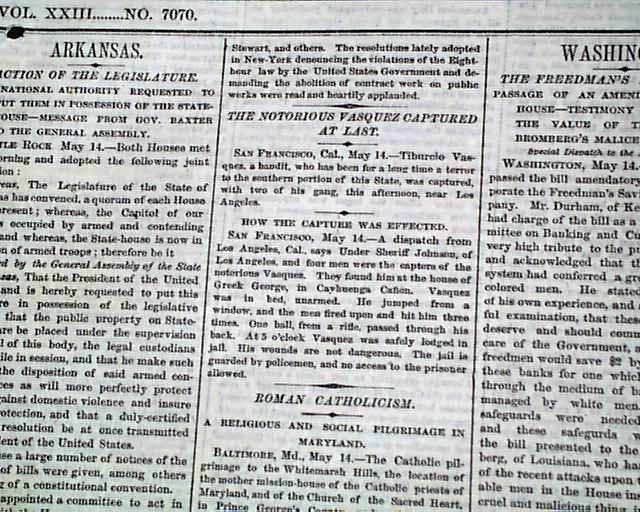 The front page has a report of the capture of the infamous bandit Tiburcio Vasquez. Vasquez was a Mexican bandit who was active in California from as early as 1857 until his capture. The Vasquez Rocks, the steep, sloped rocks about 40 miles north of Los Angeles, were one of his many hideouts and received their name from him.
Near the top of the front page is the heading: "The Notorious Vasquez Captured At Last" with the dateline from San Francisco noting: "Tiburcio Vasquez, a bandit, who has been for a long time a terror to the southern portion of this state, was captured with two of his gang, this afternoon, near Los Angeles." This is followed immediately by another item headed: "How The Capture Was Effects" which has details of his capture (see).
Eight pages, four small binding holes near the spine not affecting the noted article, very nice condition. 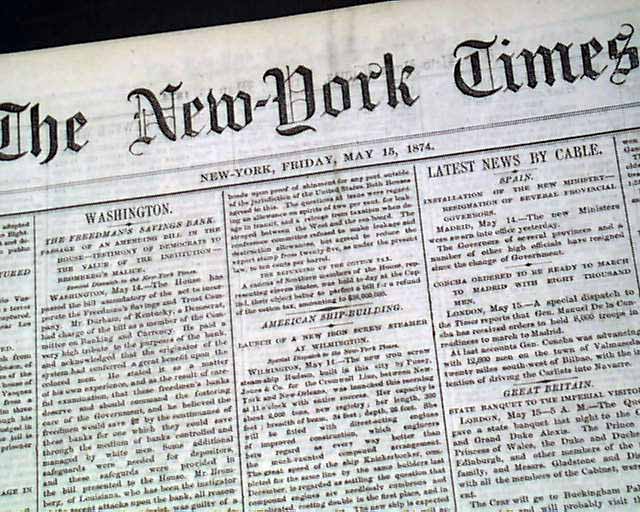 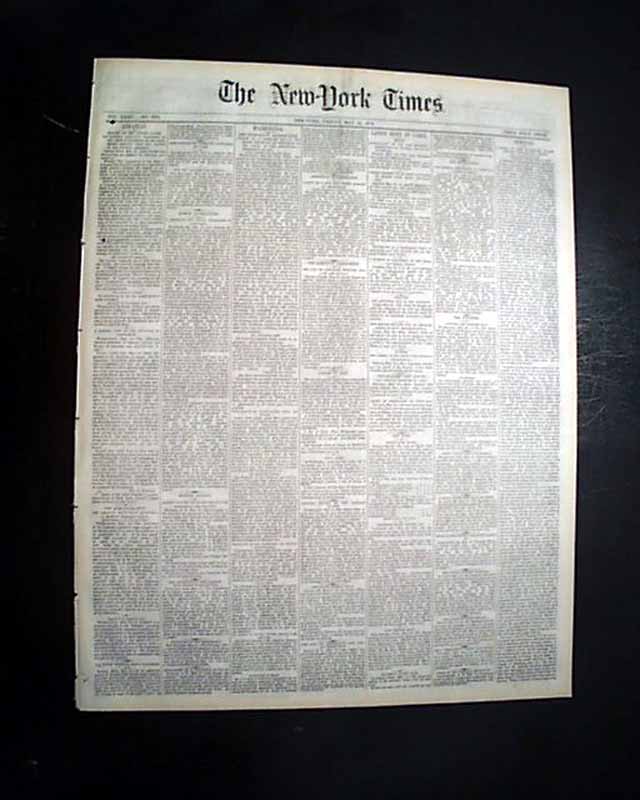