Home > Back to Search Results > Just before the Battle of the Bulge...
Click image to enlarge 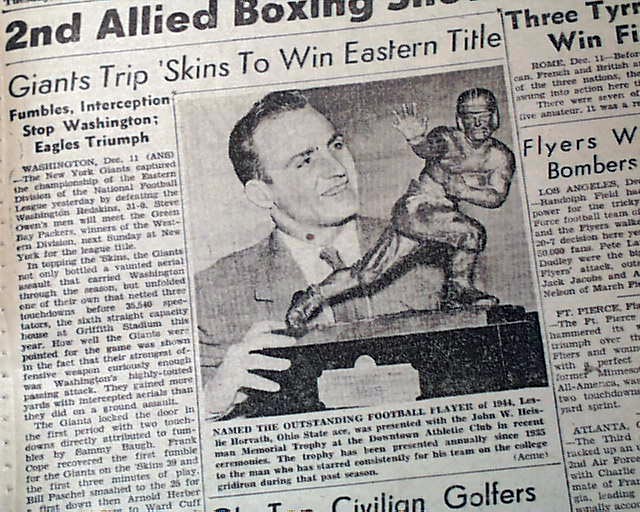 The official newspaper of the: "...U.S. Armed Forces in the European Theater...". The front page has some content concerning the events just prior to the famous Battle of the Bulge with: "U.S. 1st Army Advances In Fighting For Duren" "Resistance Weakening Along Roer" and more.
Page 7 has a two column photo with text that begins with: "Named The Outstanding Football Player of 1944..." (see)
Eight pages, nice condition. 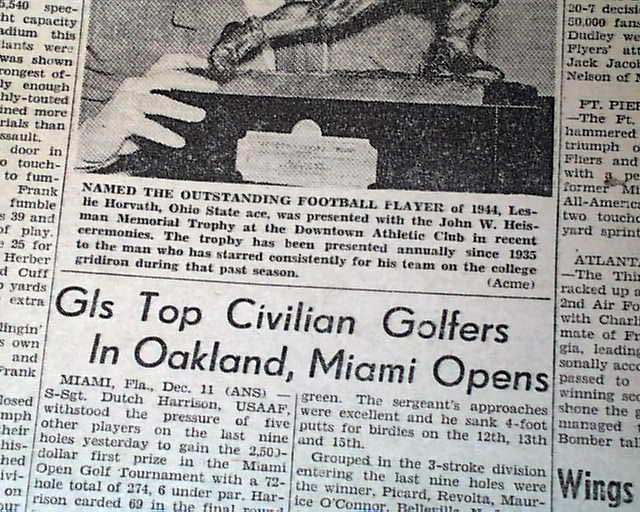 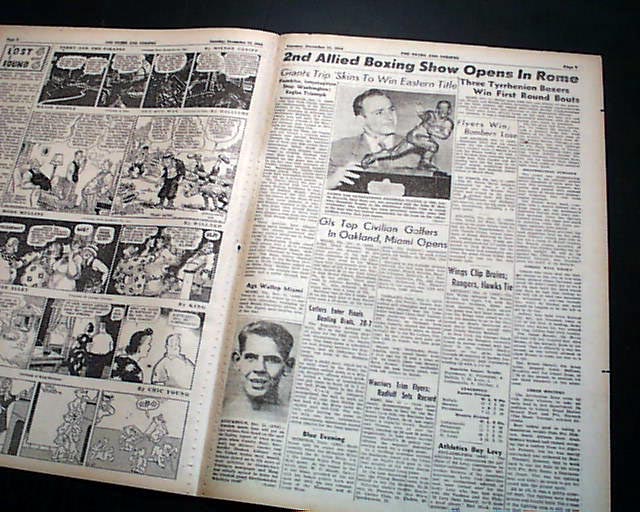 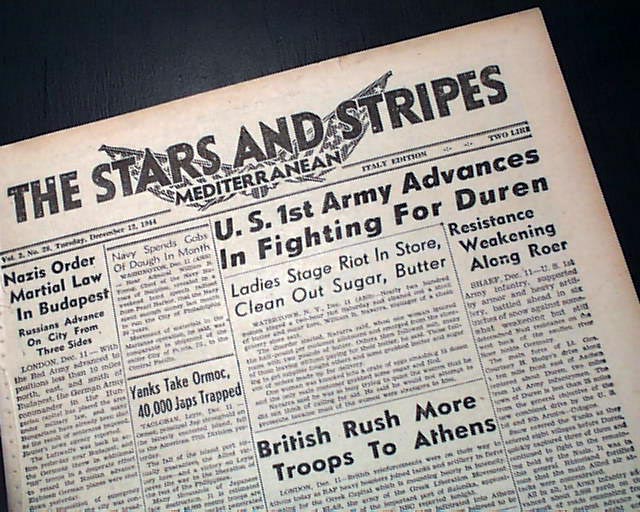 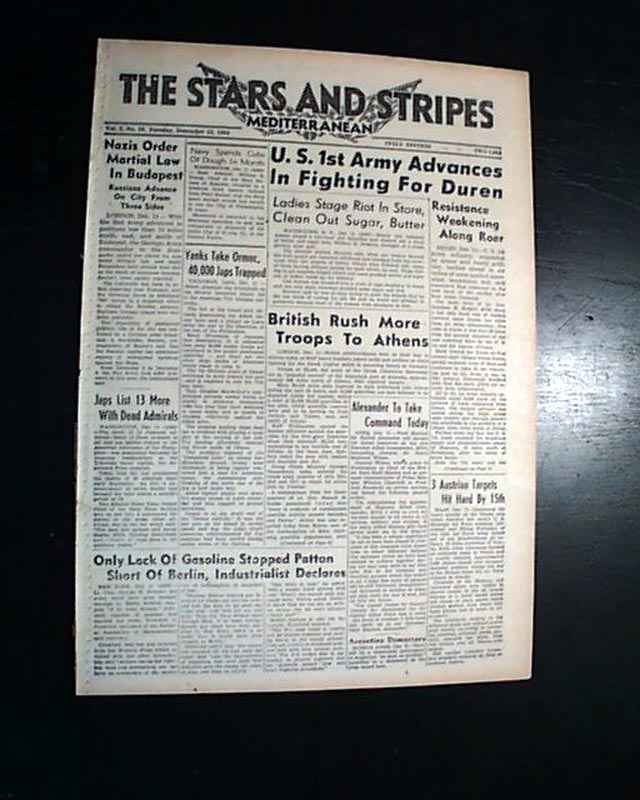