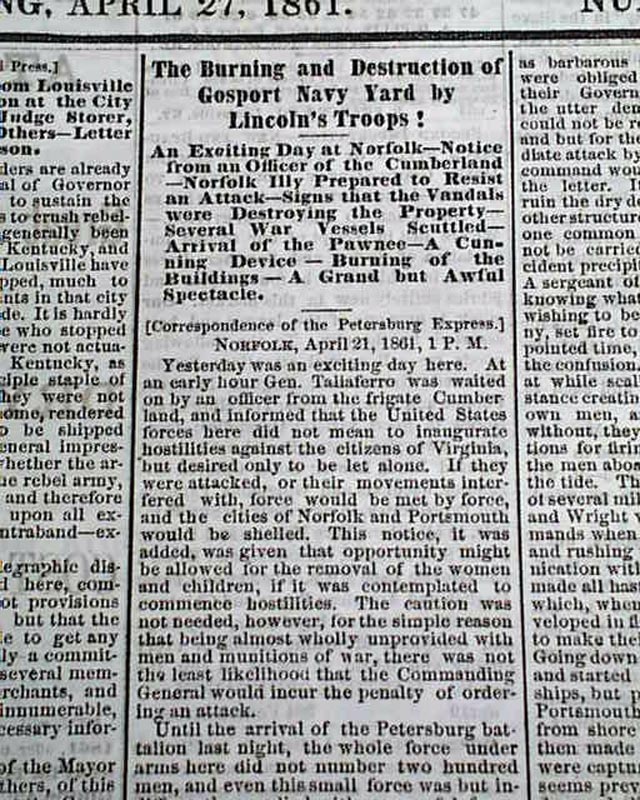 Louisville is difficult to categorize as Union or Confederate during the Civil War as, depending on the time, there were factions within the city supporting both. To placate both sides the two leading newspapers took their stands: the "Courier" was very much pro-Confederate & the "Journal" was more pro-Union. This is the pro-Confederate newspaper.
The front page has: "The Burning & Destruction of Gosport Navy Yard by Lincoln's Troops!" with many subheads. Also: "Signing of the Virginia Ordinance of Secession" "Letter From Shelbyville" "Arming in the Counties--Burning of Boats" "Affairs at Perryville" "To the People of Kentucky".
More reporting inside including: "6,000 Northern Troops at Annapolis!" "They Move Without Molestation" "Southern Troops Near Washington!" "10,000 Troops at Richmond" and much more.
Four pages, archivally rejoined at the spine, large folio size, very nice condition.