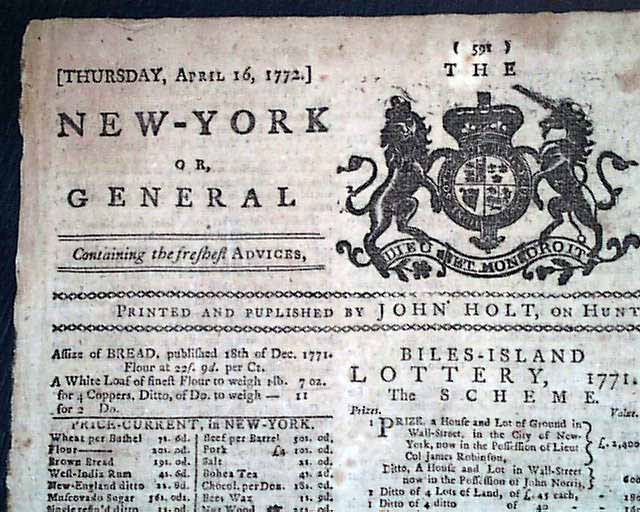 The masthead features a British Royal-themed engraving of a coat-of-arms.
Page 2 has various news item, mostly from London. One-bit notes: "It is said the whole military establishment for the British colonies is to consist of 13,000 effective men, exclusive of their militia." Pages 3 & 4 are taken up with advertisements.
Complete in four pages, untrimmed margins, very nice condition.