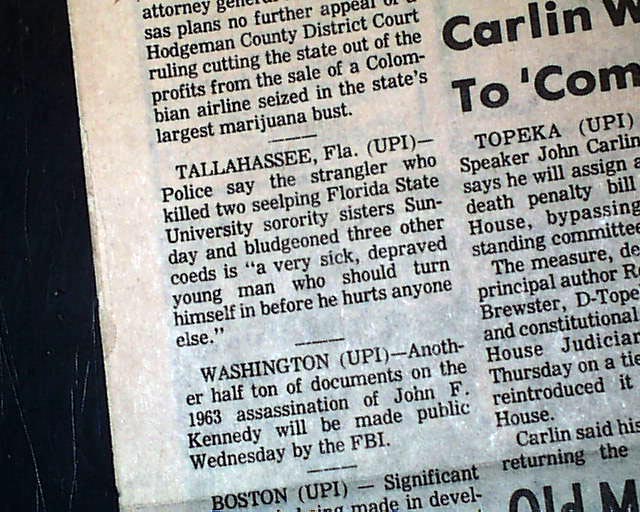 The first column of the front page has a small and somewhat discrete report under: "Tallahassee" (see) Unfortunate for the small and brief report here, but still a 1st report. Of course it was not known at the of this report that the killer was Ted Bundy.
Complete with 6 pages, a few small binding holes along the spine, nice condition.