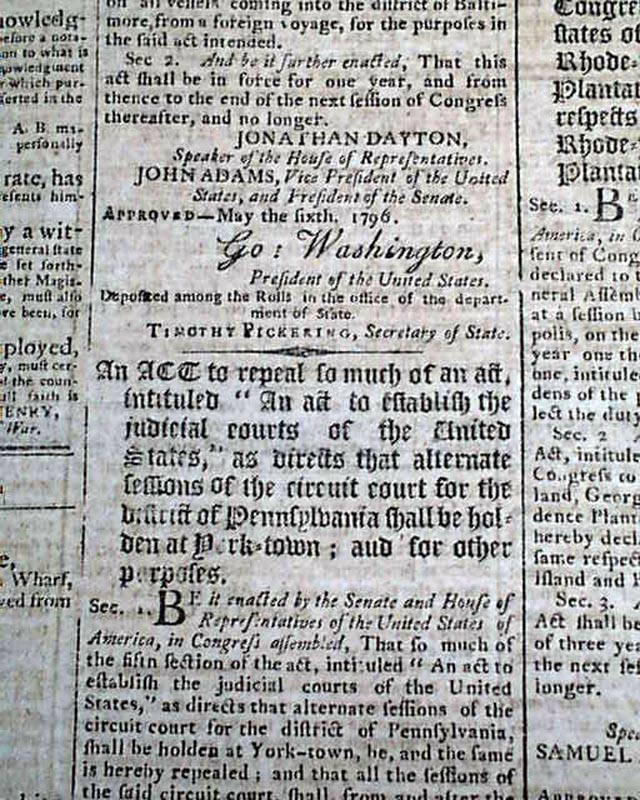 A very displayable newspaper, as the front page has not one but four Acts of Congress with each signed in script type by the President: Go. Washington. One concerns: "...allowing compensation for horses killed in battle belonging to officers of the army of the United States."
The back page features 12 illustrated ship ads.
Four pages, very nice condition.