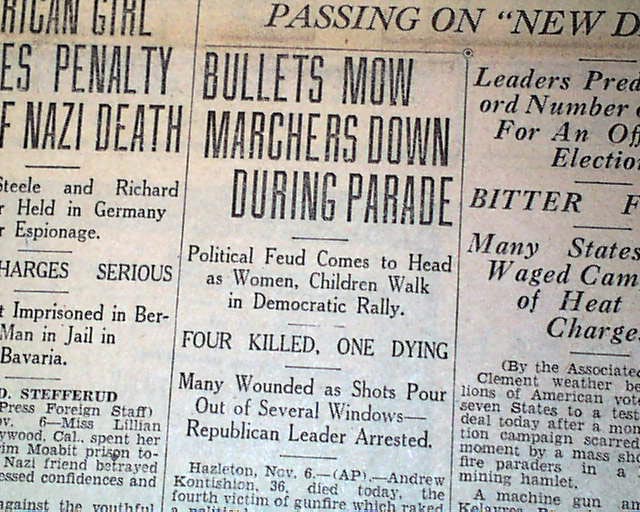 The front page has a one column heading: "BULLETS MOW MARCHERS DOWN DURING PARADE" with subheads. (see) Another related article on the front page. First report coverage on the Kelayres massacre, an attack on Democratic parade marchers near Hazleton, Pennsylvania. Always nice to have notable events in history reported in this World famous publication.
Complete with 16 pages, light toning at the margins, generally nice.