Home > Back to Search Results > An early, handsome issue from the colonies... Nice Ben Franklin content...
Click image to enlarge 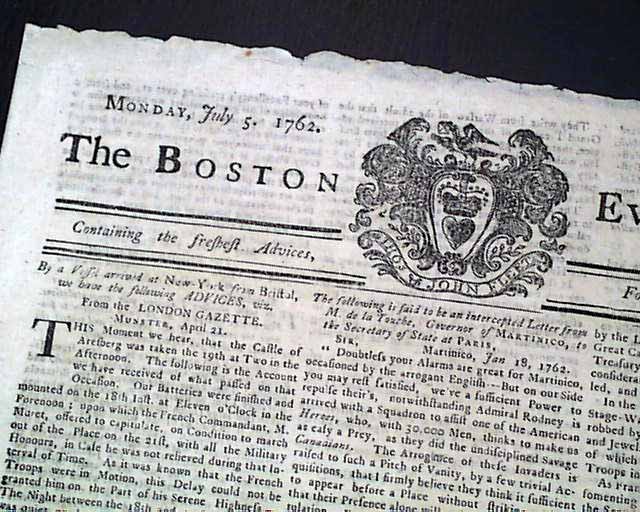 A very handsome issue with an ornate coat-of-arms engraving in the masthead.
Page 2 has a nice, early item on Ben Franklin with an Oxford dateline: "Yesterday Benjamin Franklin, Esq., of Pennsylvania, eminent for his many extraordinary improvements in electrical experiments, was presented by the University to the honorary degree of Doctor in Civil Law..." and a bit more concerning his son being awarded.
Another report mentions a ship: "...carried with him 2500 slaves and 150 free Negroes as bush cutters, rangers, etc, the whole bound to the Havannah...". Page 3 has an: "Extract from Mr. B. Franklin's Letter on Electricity."
Four pages, never bound nor trimmed, a very handsome issue in great condition. Two minor archival mends inside near the spine.