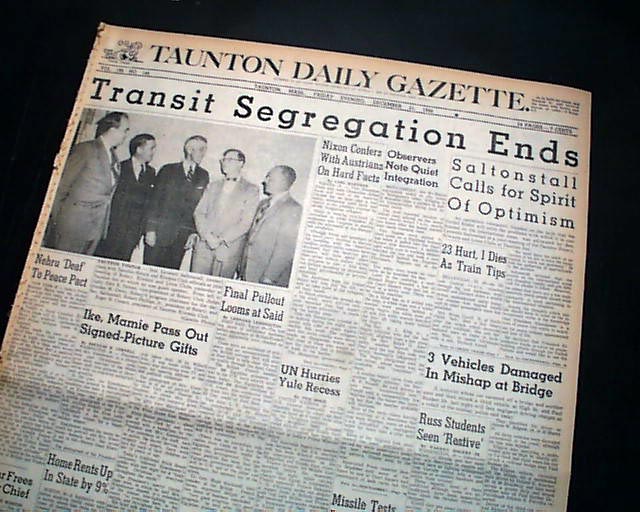 A landmark decision by the United States Supreme Court outlawed bus segregation throughout the country, doing much to create defiant reactions throughout the South. The new law went into effect Dec. 21, the date of this issue.
The front page has a banner headline: "Transit Segregation Ends" with subhead. (see) This was Martin Luther King's introduction to the national stage for the Civil Rights cause. A significant issue in the early Civil Rights movement.
Complete with 24 pages, light toning at the margins, a little spine wear, generally nice.