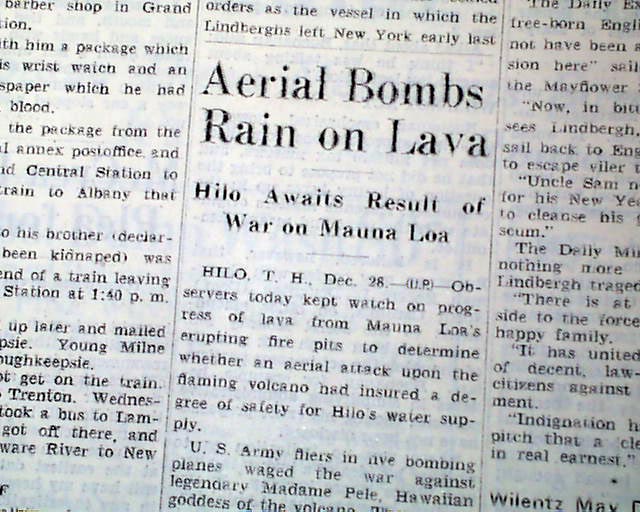 The front page has a one column heading: "Aerial Bombs Rain on Lava" with subhead. (see)
Other news, sports and advertisements of the day. Complete in 22 pages, rag edition in very nice condition.

wikipedia notes:  On 27 December 1935, the Mauna Loa volcano on the island of Hawaii erupted, threatening the city of Hilo. Six Keystones of the 23d used precision bombing tactics to drop twenty 600-pound bombs in the path of the volcano’s lava flow, thus saving the city of Hilo by diverting the lava away from the city.