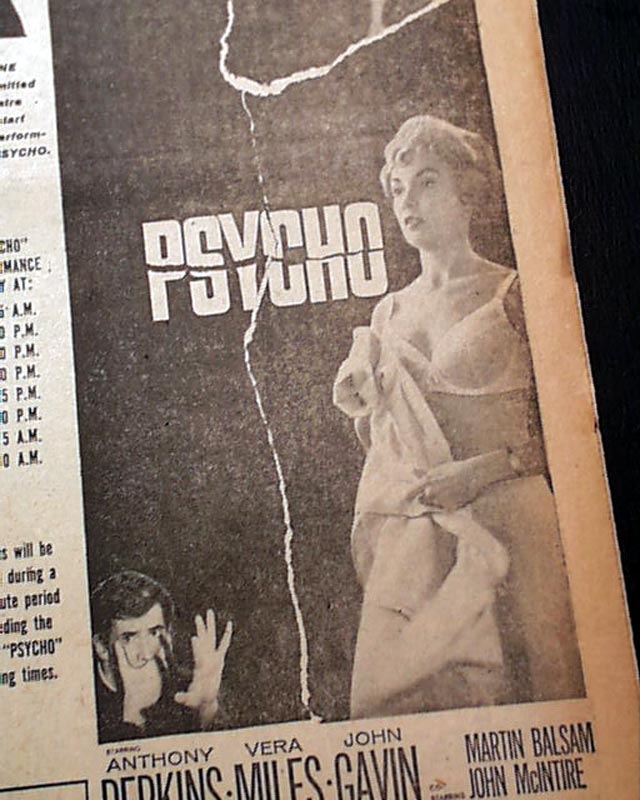 This newspaper has a significant & historic advertisement for the movie "Psycho" on page 5-B. This advertisement is for the opening the movie which made it's premiere 2 days later in Detroit. Also a related photo is on the same page. The movie ad measures 12 x 5 inches and is considered by many as one the greatest thriller movies of all time.
Complete with 40+ pages, light toning at the margins, 2 library stamps near the top of the front page, some small binding holes along the spine, generally nice.