Home > Back to Search Results > Winston Churchill car accident that could have changed history...
Click image to enlarge 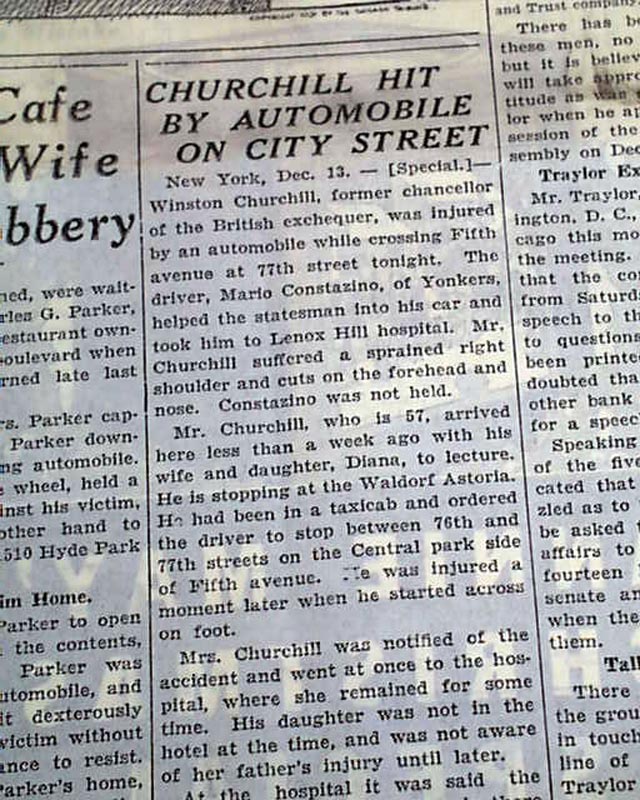 Winston Churchill car accident that could have changed history...

The front page has a one column heading: "Churchill Hit By Automobile On City Street" (see)
Other news, sports and advertisements of the day. Complete in 32 pages, rag edition in very nice condition. A few small binding holes along the spine.

source: The Churchill Centre: Winston Churchill's near-death accident when he was hit by a car in New York City in 1931 is well known, not least through his own writing about it. ("My New York Misadventure," Finest Hour 136, Autumn 2007). Far less known is that Hitler was also nearly killed by a car the very same year, in Munich. On what slender threads the fate of nations turns!