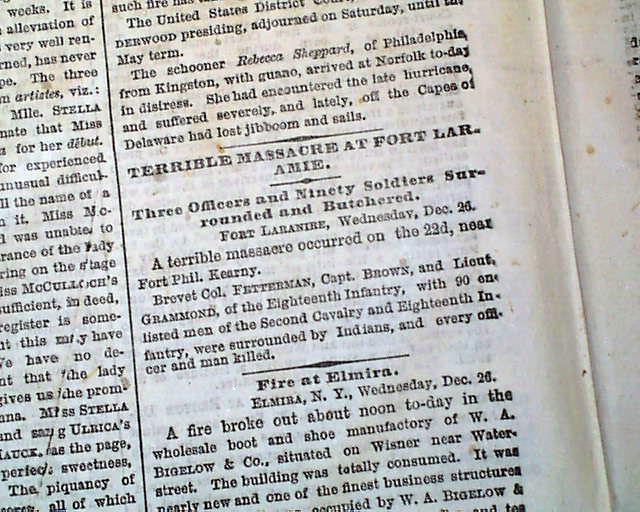 On page 4 under "Terrible Massacre At Fort Laramie" "Three Officers and Ninety Soldiers Surrounded and Butchered" is a rather inconspicuous report reading in full: "A terrible massacre occurred on the 22d, near Fort Phil. Kearny. Brevet Col. Fetterman, Capt. Brown, and Lieut. Gammond, of the Eighteenth Infantry, with 90 enlisted men of the Second Cavalry and Eighteenth Infantry, were surrounded by Indians, and every officer and man killed" This was one of the more deadly massacres of American soldiers during the Indian wars of the Old West. Unfortunate for the small, discrete article here but still a first report in this famous NYC title.
Other news of the day. Complete in 8 pages, minor light foxing, nice condition.