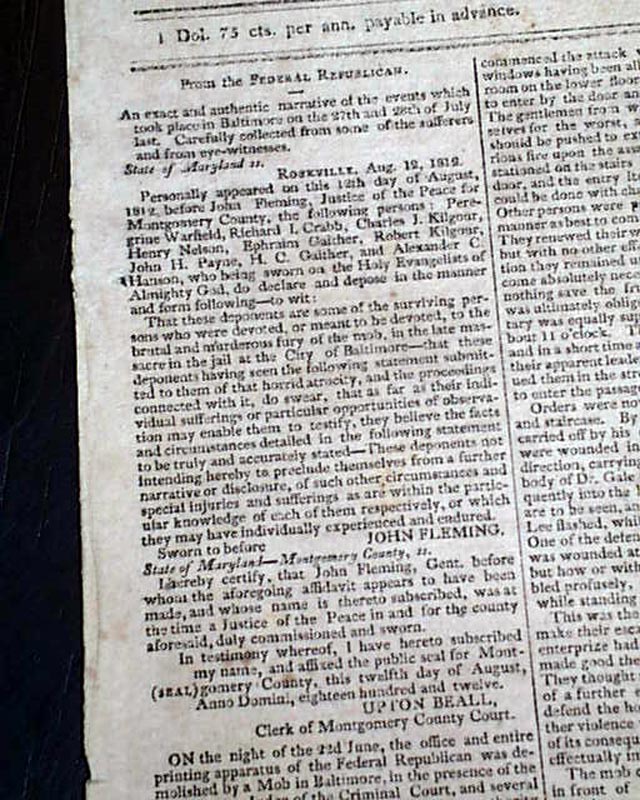 The entire front page is taken up with various eye-witness depositions on the Baltimore Riots, which occurred in the months of June and July of 1812 in Baltimore. The riots were in response to a series of anti-war articles written by federalist statesman Alexander Contee Hanson after the U.S. declared war on England during the War of 1812.
Page 3 has aÈa report from Detroit concerning the various battle with the British and Indians in that theater of the war.
Various other political reports relating to the War of 1812.
Four pages, never bound nor trimmed, very nice condition.