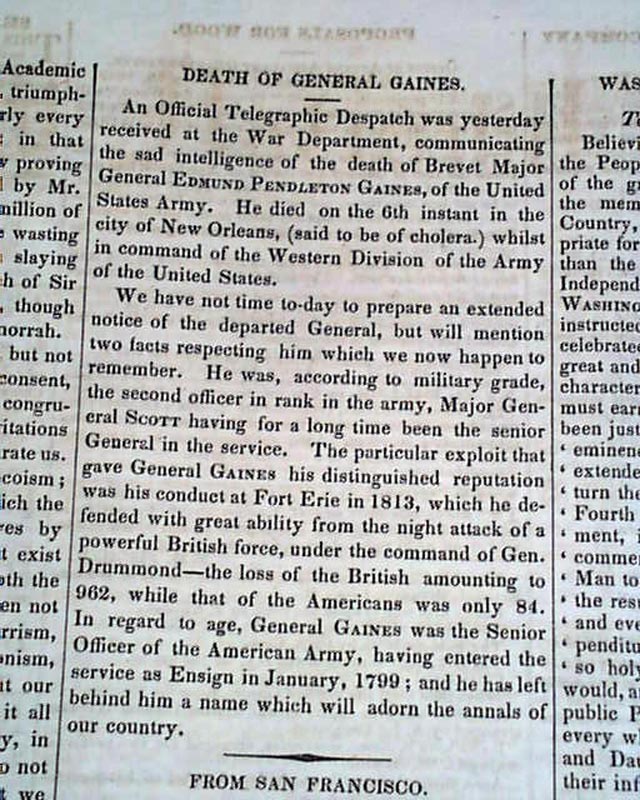 The top of page 3 has: "Death of General Gaines" who was one of America's most senior officers and was a veteran of the War of 1812, Seminole Wars, Black Hawk War, and Mexican–American War.
This is followed by: "From San Francisco" which is a letter from San Francisco Bay.
Four pages, very nice condition.