Home > Back to Search Results > Much on the Astor Place Riot...
Click image to enlarge 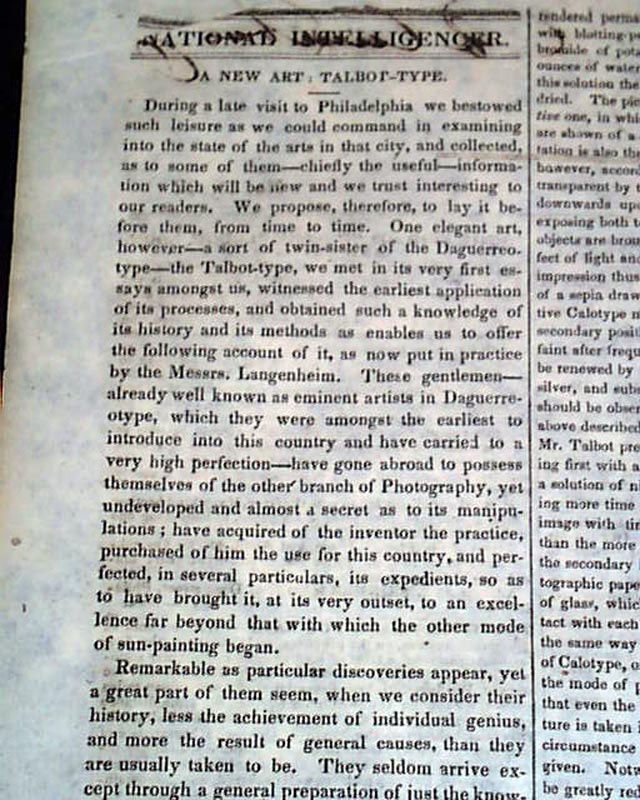 Much on the Astor Place Riot...

Page 2 has a lengthy article on a new type of photography called Talbot-type. Page 3 has a report on the Astor Place Riot which left close to 30 people dead, headed: "Most Afflicting & Fatal Tumults in the City of New York" and also: "Further Details of the New York Riot".
Four pages, very nice condition.

wikipedia notes: The Astor Place Riot occurred on May 10, 1849, at the now-demolished Astor Opera House in Manhattan and left between 22 and 31 rioters dead, and more than 120 people injured. It was the deadliest to that date of a number of civic disturbances in Manhattan, which generally pitted immigrants and nativists against each other, or together against the wealthy who controlled the city's police and the state militia.

The riot resulted in the largest number of civilian casualties due to military action in the United States since the American Revolutionary War, and led to increased police militarization (for example, riot control training and larger, heavier batons). Its ostensible genesis was a dispute between Edwin Forrest, one of the best-known American actors of that time, and William Charles Macready, a similarly notable English actor, which largely revolved around which of them was better than the other at acting the major roles of Shakespeare.