Home > Back to Search Results > The Mormons' new home... Gold in California...
Click image to enlarge 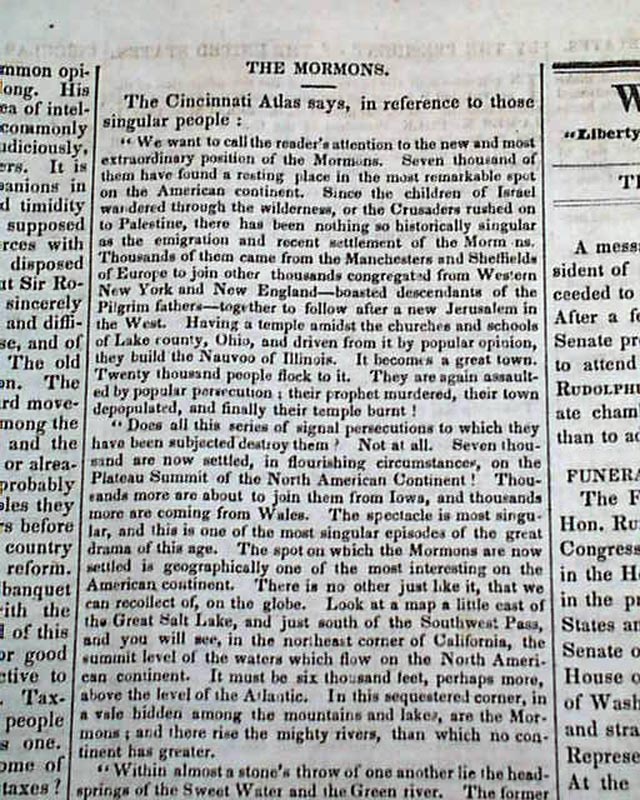 Two-thirds of a column on page 3 is taken up with: "The Mormons" which notes in part: "...Seven thousand of them have found a resting place in the most remarkable spot on the American continent...to follow after a new Jerusalem in the West...They are again assaulted by popular persecution; their prophet murdered, their town depopulated, & finally their temple burnt!..." with much more on their new home at the Great Salt Lake in the Utah Territory.
Near its end is: "...the new Mormon Temple at the Salt Lake is to be a splendid building...The size of the temple is not stated, but its highest point is to be 600 feet & can be seen 80 miles either way."
Page 3 also has: "California Reports" which notes in part: "...At San Francisco provisions were enormously high & new gold placers had been discovered on the Sacramento of immense value...".
Four pages, very nice condition.