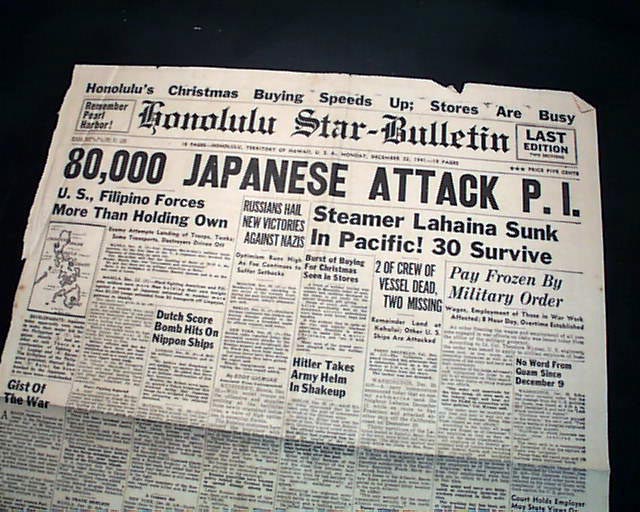 The front page has a banner headline: "80,000 JAPANESE ATTACK P. I." with subheads. (see) Great to have in this Honolulu publication just 15 days after the infamous attack on Pearl Harbor. Very rare as such.
FRONT LEAF ONLY (pages 1 & 2), irregular along the margins but no text loss, minor wear a the folds, nice for display as such.