Home > Back to Search Results > 1941 Siege of Odessa begins...
Click image to enlarge 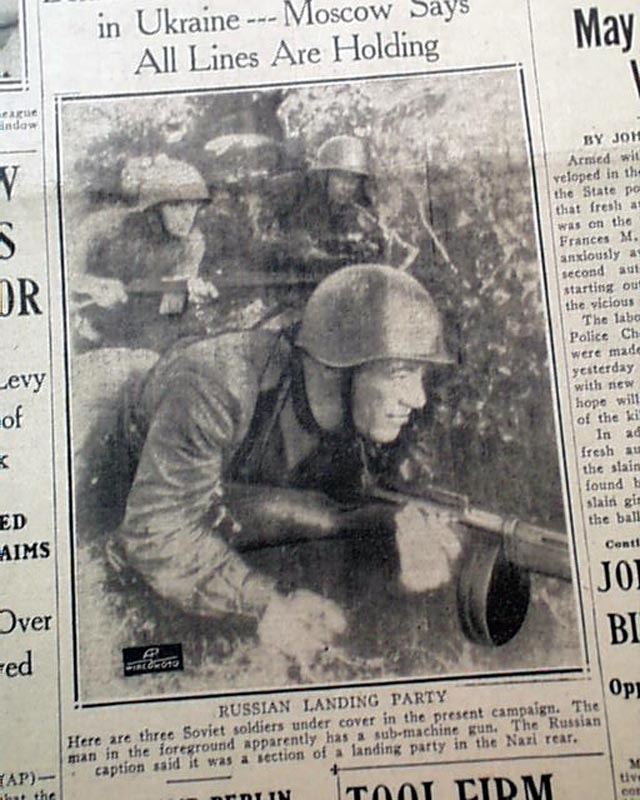 The front page has a two column heading: "NAZIS DESTROY 2 RED ATRMIES" with subhead and related photo. (see) Coverage on the beginning of the siege of Odessa in the Soviet Union by the Axis forces.
Complete with all 14 pages, a few tiny binding holes along the spine, nice condition.