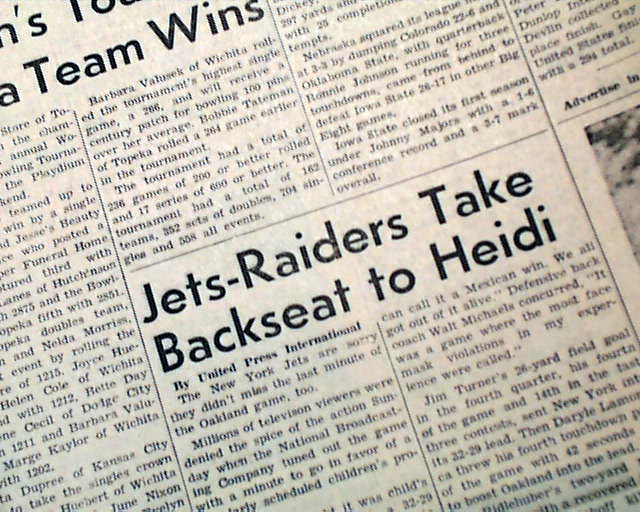 Page 4 has a two column heading: "Jets-Raiders Take Backseat to Heidi" (see) I suspect not many issues were kept as this event became famous over time. Very rare as such.
Complete with 6 pages, a few small binding holes and a little irregular along the spine.

wikipedia notes: The Heidi Game led to a change in the way professional football is shown on network television; games are shown to their conclusion before evening programming begins. To ensure that network personnel could communicate under similar circumstances, special telephones (dubbed "Heidi phones") were installed, with a connection to a different telephone exchange from other network phones. In 1997, the Heidi Game was voted the most memorable regular season game in pro football history.