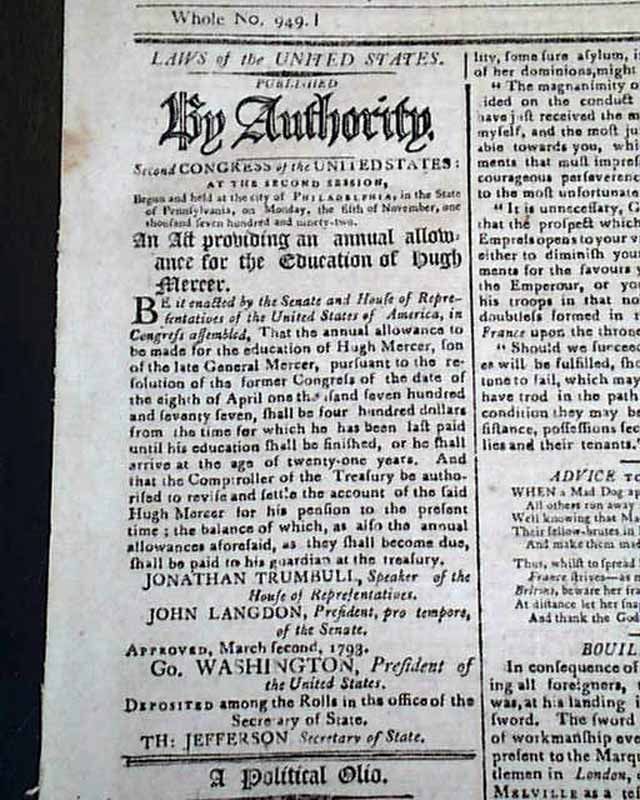 The front page begins with an Act of Congress "...providing an annual allowance for the Education of Hugh Mercer." which is signed in type by the President; Go. WASHINGTON, and also by: Th. Jefferson as Secretary of State.
Also on the ftpg: "Queen of France" references the death of her husband. And also: "Paine's Reasons for Preserving the Life of Louis Capet" [Louis XVI].
Four pages, nice condition.