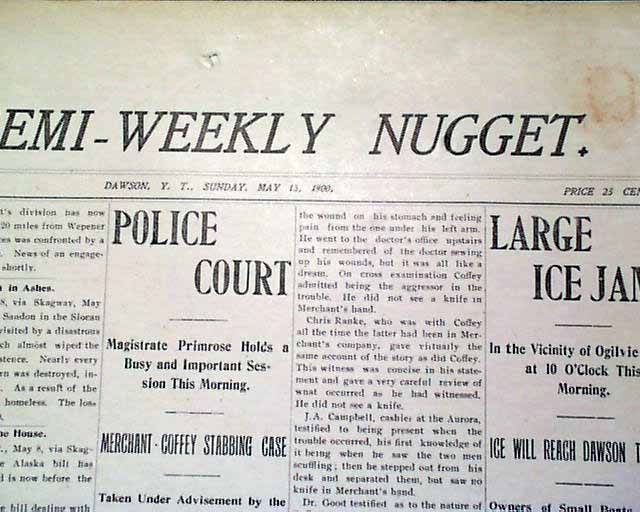 A very rare newspaper from the Yukon Territory during the period of the Klondike Gold Rush (see the web for more details). When gold was discovered in 1896 a stampede of prospectors headed to this region and spurred an entirely new era of romance of the West, the quest for gold, and the many hardships which caused the hopes of wealth to be dashed by many who made the arduous trek to this harsh & desolate region of North America.
Although this issue has various mining-related reports and advertisements, there is other news of the day as well.
Complete in 8 pages, 20 by 13 inches, very minor fold war, pulpish paper although not fragile.

Review & premiere of "The Big Lebowsk... 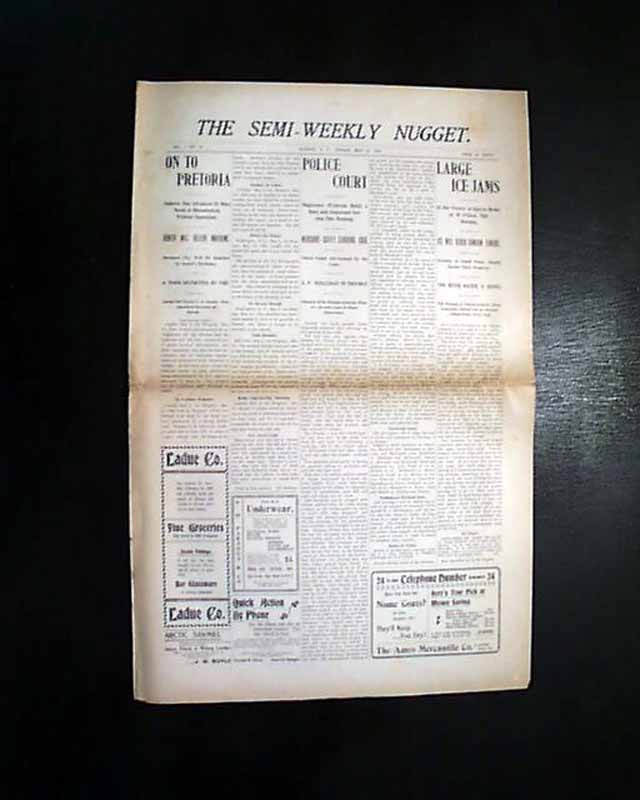 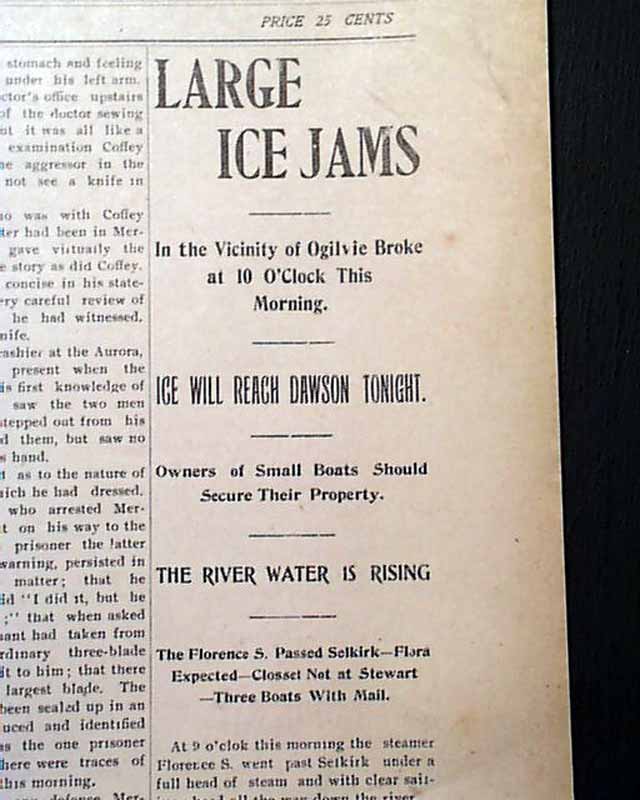 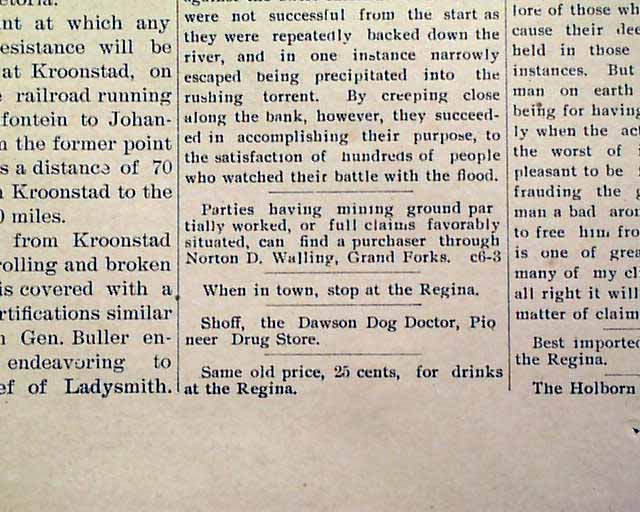 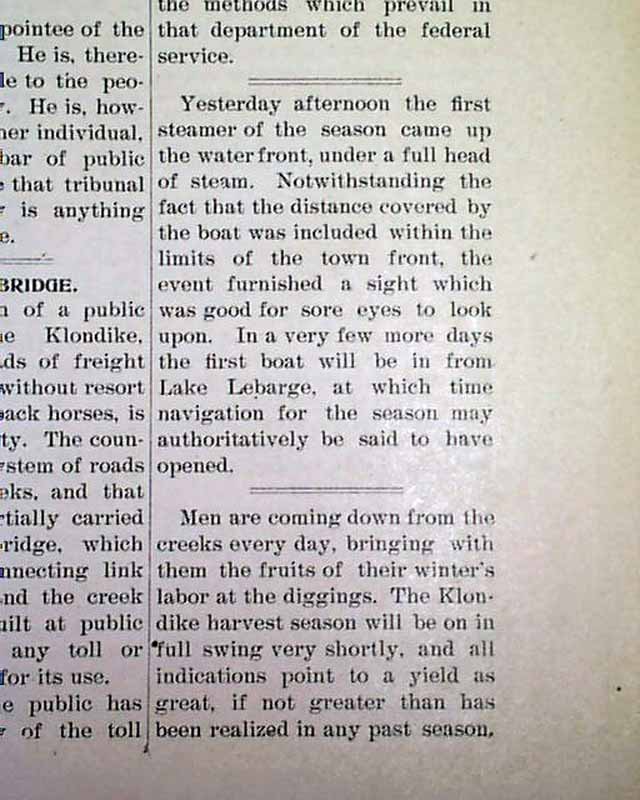 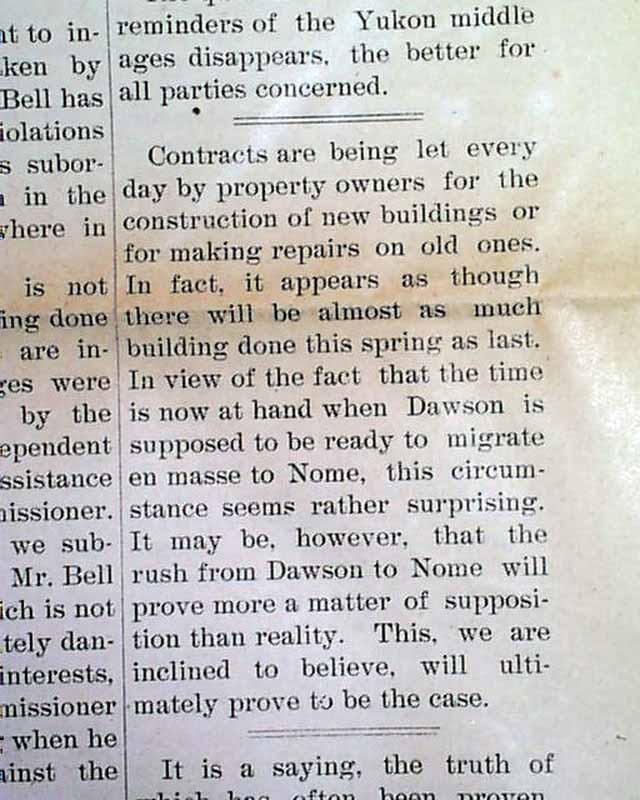 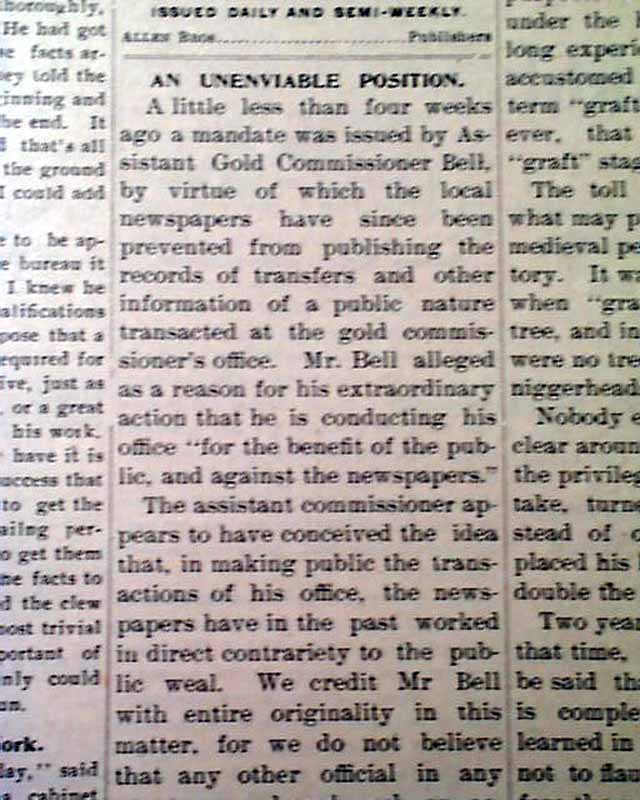 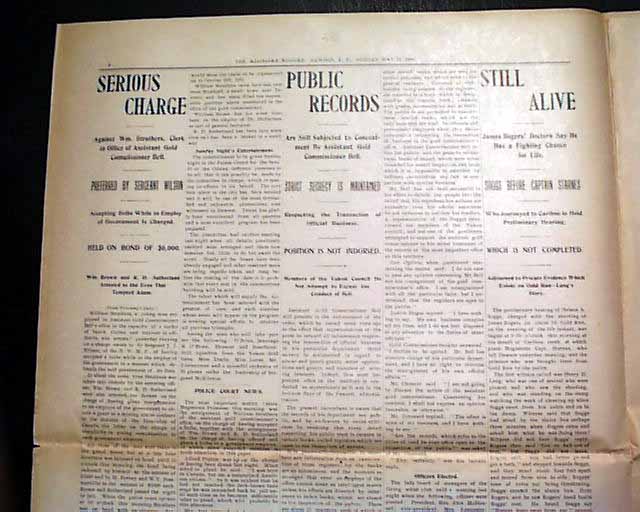 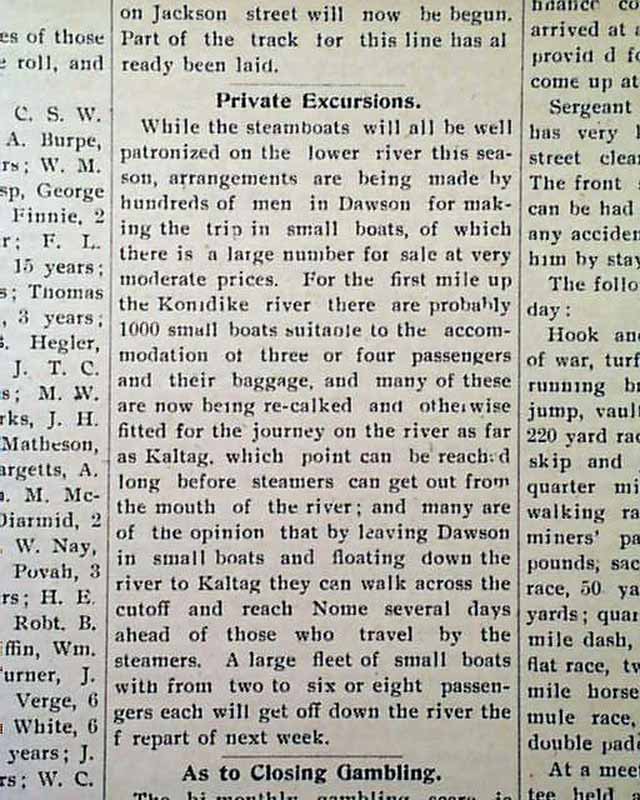