Home > Back to Search Results > Aviation history is made in 1919...
Click image to enlarge 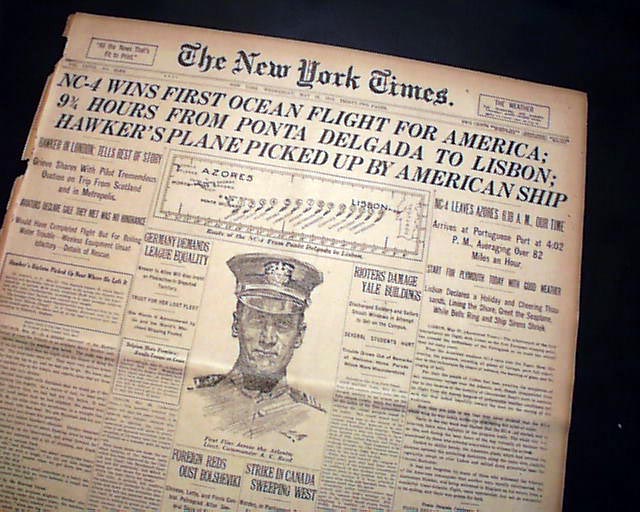 The banner headline announces the first aircraft to fly across the Atlantic Ocean: "NC-4 WINS FIRST OCEAN FLIGHT FOR AMERICA; 9 3/4 HOURS FROM PONTA DELGADA TO LISBON; HAWKER'S PLANE PICKED UP BY AMERICAN SHIP" with subheads, illustration of Captain Albert Cushing Read and related map. Nice for display. More on the following pages with a few related photos. This event was very significant at the time, but was overshadowed just a few week later when Alcock & Brown made the first non-stop trans-Atlantic flight, and then of course the first non-stop solo flight by Lindbergh 8 years later. Always nice to have notable events in history reported in this World famous publication.
Complete with 32 pages, light toning and a little wear at the margins, irregular along the spine, generally good. Should be handled with care.