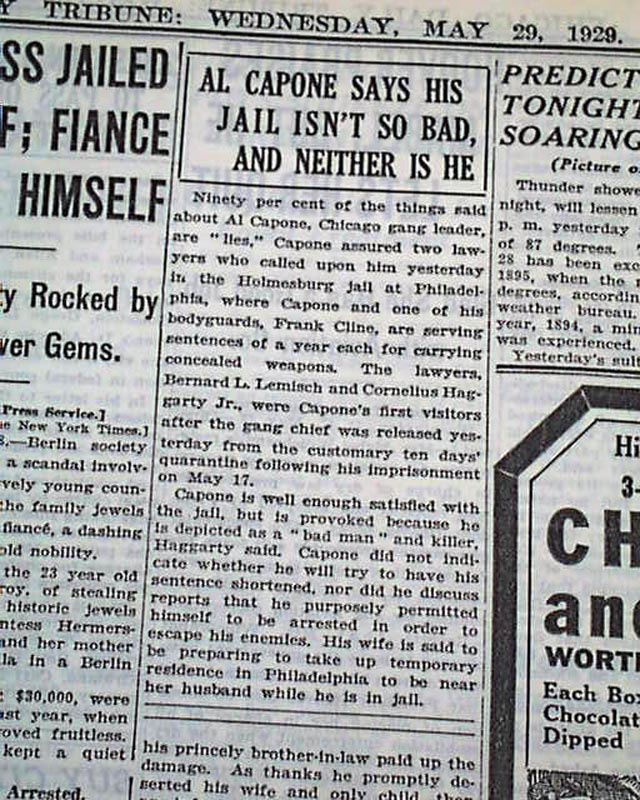 The top of page 3 has a small one column heading: "Al Capone Says His Jail Isn't So Bad, And Neither Is He" (see) Probably only found is a Chicago publication. Capone entered the jail the previous week.
Complete with 40 pages, rag edition in great condition.