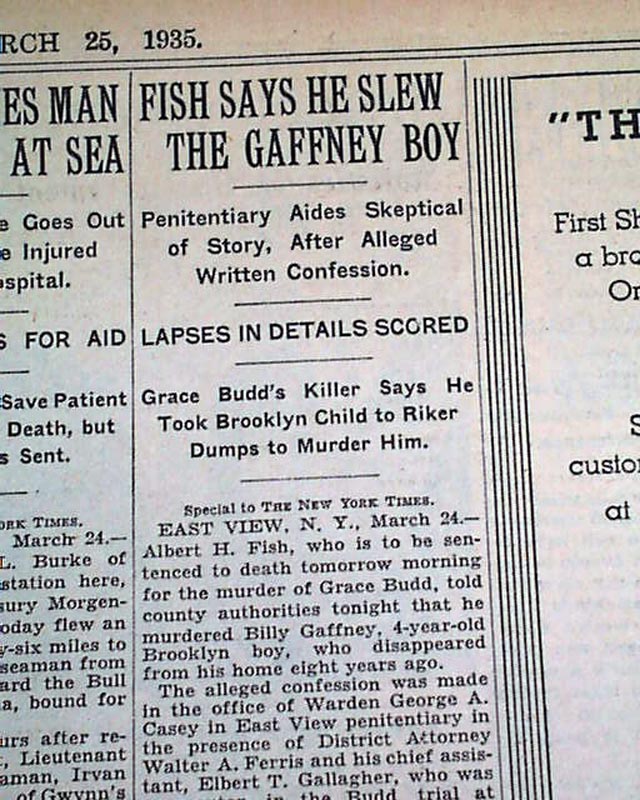 The top of page 3 is a one column heading: "'FISH SAYS HE SLEW THE GAFFNEY BOY" with subheads. (see) I suspect this is one of the few publications to report this particular event as other titles in our inventory do not, probably because he committed his crimes locally and didn't become infamous until after the fact. Rare as such.
Other news, sports and advertisements of the day. Complete in 34 pages, light toning at the margins, generally nice.