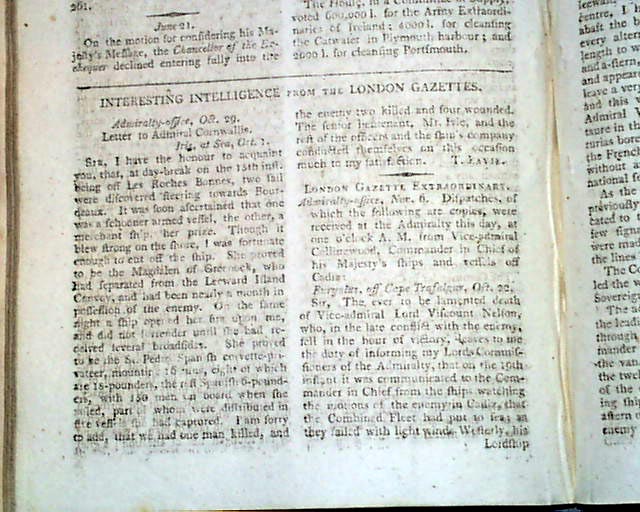 Certainly the most notable content is the very detailed account of Admiral Horatio Nelson's victory at the historic Battle of Trafalgar.
One account begins, datelined from the "Eurydice, off Cape Trafalgar, Oct. 22" Sir, the ever to be lamented death of Vice-admiral Lord Viscount Nelson, who, in the late conflict with the enemy, fell in the hour of victory..." with much more. The full account takes 5 pages and includes various supporting documents and letters from other naval officers concerning the battle and Nelson's death.
Great to have this detailed account in a British publication.
Both full page plates called for are present.
Complete in 104 pages, 5 by 8 1/4 inches, full title/contents page with anent raving of St. John's Gate, minor, scattered foxing, very nice condition.