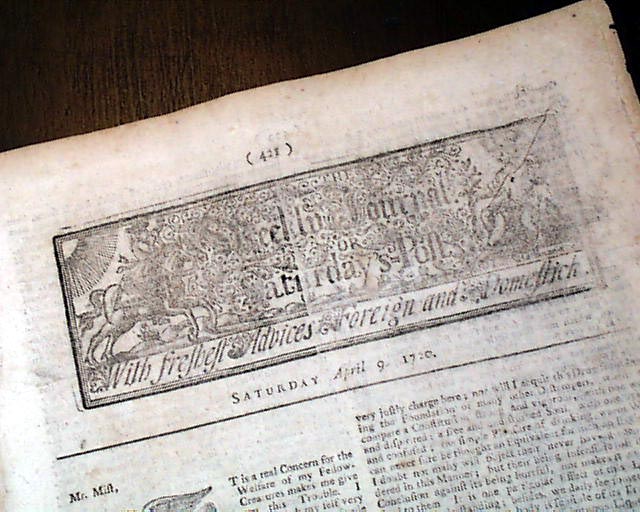 The most significant feature of this issue is the very ornate & displayable engraving in the masthead, which also contains the extension to the title: "...With Freshest Advices Foreign and Domestick."
Various European news reports with the back leaf mostly filled with advertisements.
Complete in 6 pages, 8 1/2 by 13 1/2 inches, masthead in somewhat lightly inked, nice condition.