Home > Back to Search Results > Alexander Hamilton is named a fellow...
Click image to enlarge 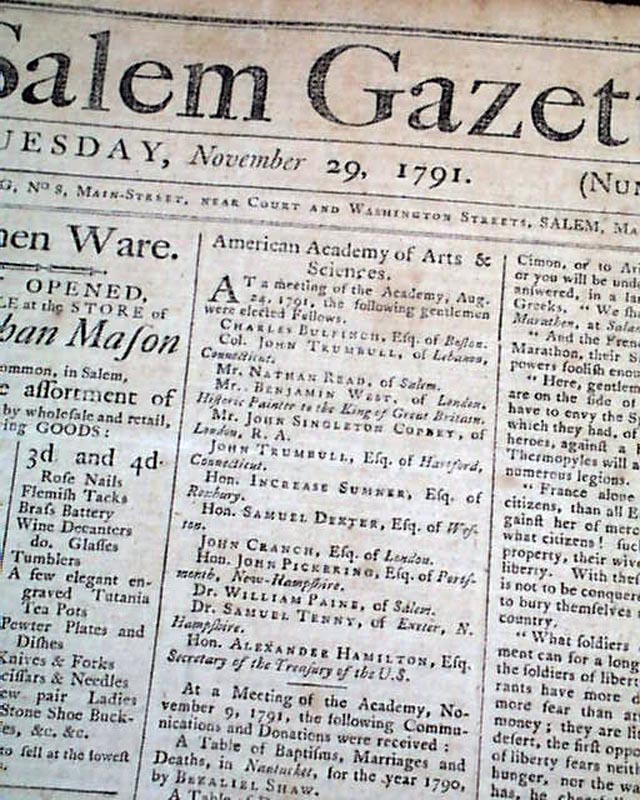 
THE SALEM GAZETTE, Massachusetts, Nov. 29, 1791  The top of the front page has a report from the: "American Academy of Arts & Sciences" noting its recently elected Fellows, including: "Hon. Alexander Hamilton, Esq. Secretary of the Treasury of the U.S."
Page 2 has most of a column headed: "Reflections on the Present Situation of the Distilleries of the United States, Heretofore Employed on Foreign Materials". This is pertinent to what would be the Whiskey Rebellion a few years later.
Also: "The President communicated a report of the Secretary of State containing an estimate of the quantity of unclaimed lands belonging to the U. States in North-western and South-western territories...".
Four pages, a few disbinding indents at the blank spine, very nice condition.