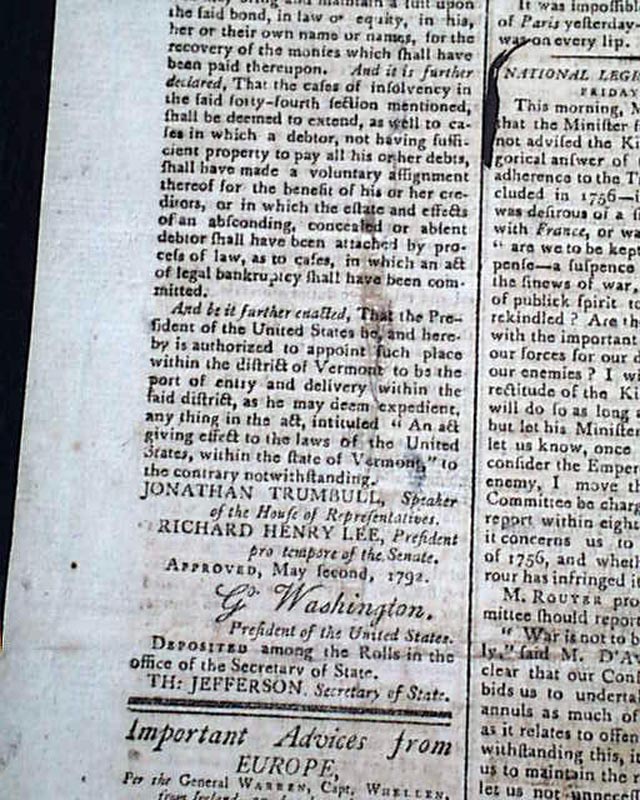 The entire front page and a part of page 2 are taken up with: "An ACT for Raising a farther sum of Money for the Protection of the Frontiers, & for other Purposes Therein Mentioned" which is signed in script type by the President: Go. Washington, and in block type by Th. Jefferson and Richard Henry Lee.
Four pages, minor foxing, various period lines pended on pages 2 & 3 do not cause loss, nice condition.