Home > Back to Search Results > Rules by the President... John Jay...
Click image to enlarge 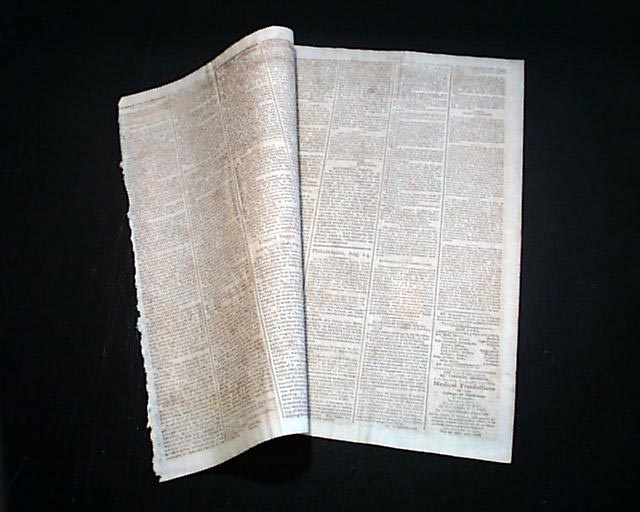 Rules by the President... John Jay...


GAZETTE OF THE UNITED STATES, Philadelphia, Aug. 17, 1793  Over half of the front page is the conclusion of: "Chief Justice Jay's opinion on the question, 'Whether a State be liable to be sued by a Private Citizen of another State?' "
Page 2 has a "Circular to the Collectors of the Customers" of the ports of the United States, from the Secretary of the Treasury. Also: "Rules Adopted by the President of the United States. Page 3 has a letter signed by both John Jay and Rufus King and the back page includes ad ad for: "Stock Brokers Office" signed by: Leonard Bleecker.
Four pages, very nice condition.