Home > Back to Search Results > The historic Funding Act of 1790...
Click image to enlarge 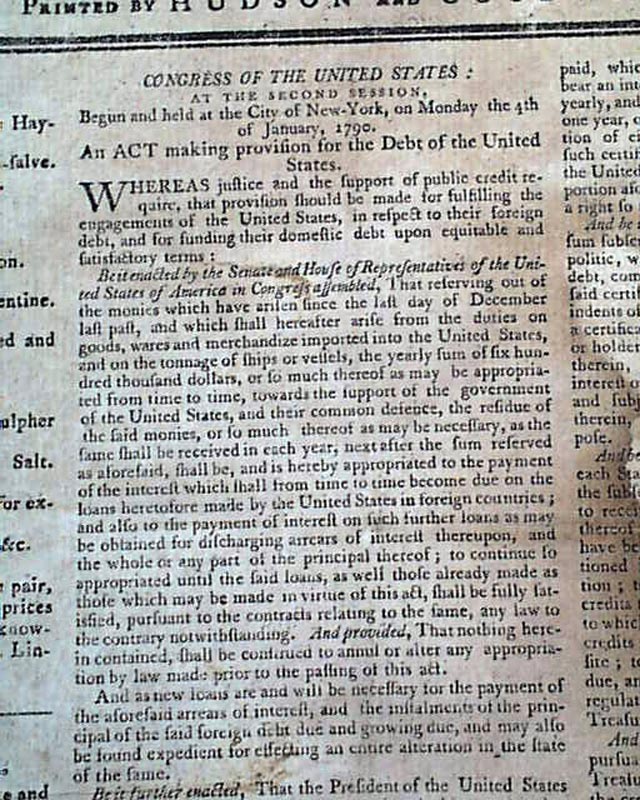 Taking two-thirds of the front page and half of page 2 is: "An Act making Provision for the Debt of the United States" which is signed in type by John Adams, Thomas Jefferson, and George Washington.
This was the very historic Funding Act of 1790 which was passed on August 4, 1790 by the United States Congress to address the issue of funding of the domestic debt incurred by the individual colonies during the Revolutionary War and when they were in confederation before the organization of the federal government.
By the Act the new federal government assumed the debts of each of the individual colonies on its own "full faith and credit".
This was the first significant fiscal measure passed by the new government to address the national debt.
Four pages, water staining does not deter readability, a very small hole affects just 4 words in the Act, some loss at the spine margin.
Note: This report in another issue (along with 3 additional follow-up issues) sold in auction for $7500 in 2017.