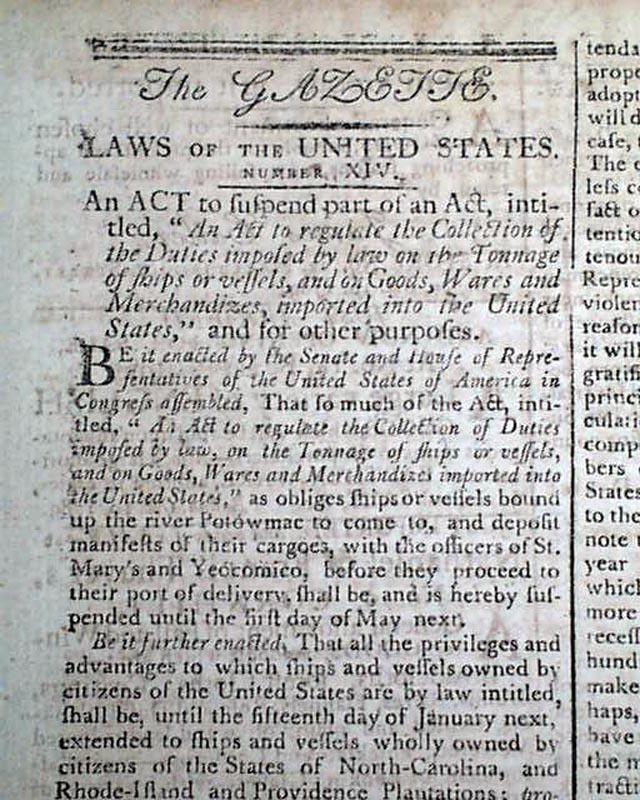 Most of the first column of page 2 contains not one but two of the very desirable Acts of Congress each signed in script type by President George Washington and in block type by Vice President John Adams. This title was one of just a few to use the "script" type for selected situations to denote a document signed by a president or governor.
The front page has articles on "The Bastile" and "Marquis De LaFayette" both having loss to the bottom line due to close-trimming which affects the bottom of each page but fortunately does not affect either Washington document. Four pages & save for the close-trimming in nice condition.