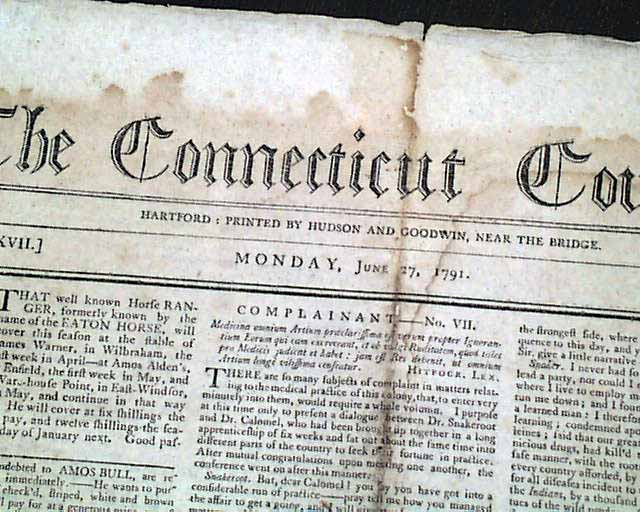 A page 3 report from "Hartford" states: "We are informed that the President of the United States has appointed OLIVER WALCOTT, Esq., Comptroller of the Treasury, of the United States, vice Nicholas Eveleigh...deceased."
Over one-third of page 2 reports the attempted escape of King Louis XVI of France to St. Cloud, but he was stopped: "...This premeditated, not to say suspicious, departure, threw Paris into the utmost alarms. A numberless mob forced their way into the yard of the Thuilleries & tumultuously assailed the palace...".
Another item mentions Lafayette has "...resigned his situation...".
Four pages, foxing at the folds, untrimmed margins, generally good condition.