Home > Back to Search Results > George Washington and Alexander Hamilton signatures on the front page...
Click image to enlarge 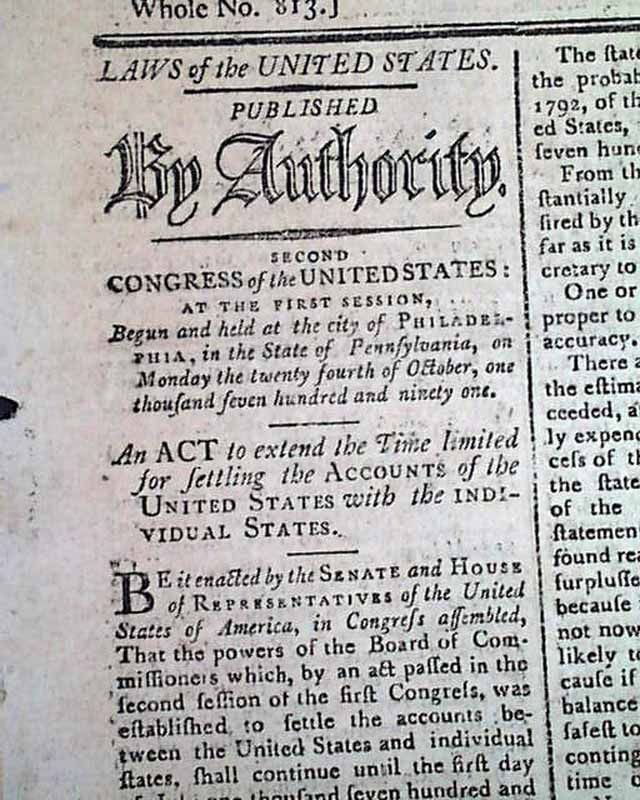 George Washington and Alexander Hamilton signatures on the front page...

The top half of the first column is taken up with an Act of Congress, signed in script type by the President: Go. Washington. Unfortunately there is a piece removed from just beneath this Act, part of a letter carrying over to column two which is signed in type: Alexander Hamilton.
Otherwise the issue is complete in 4 pages & in nice condition. Normally a $130 issue, but reduced due to the damage.