Home > Back to Search Results > The early workings of Congress...
Click image to enlarge 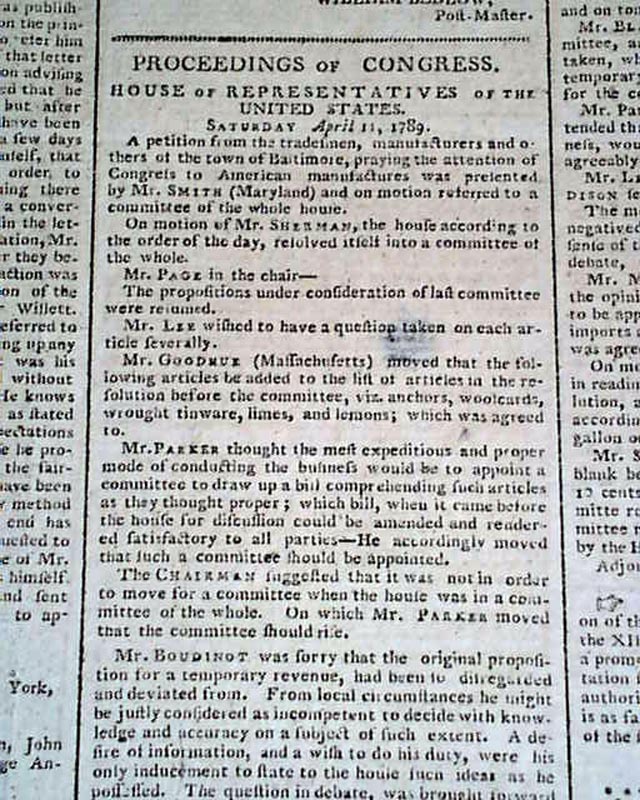 The early workings of Congress...

A terrific issue on the very first days of work for the new federal Congress.
See the photo for the page 2 report headed: "Proceedings of Congress - House of Representatives of the United States" datelined April 11, which was 19 days before Washington's inauguration.
Included are reports of the very first item on the first Congress being the raising of revenue for the new government, with various comments from James Madison. This discussion would ultimately result in the historic Tariff Act of 1789, just the 2nd Act of the new government, much needed to pay for war debts and to maintain solvency.
There would be much discussion on the various tariffs before the Act would be approved on July 4, but this report is significant in noting the very beginning of that discussion.
Also of significance is this being a New York City newspaper, the site of the federal government at that time.
Four pages, wide, never-trimmed margins, very nice condition.