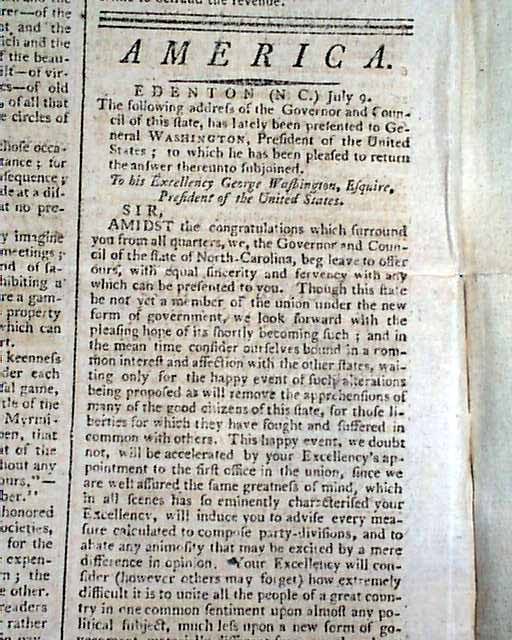 The entire front page is taken up with ads including 7 illustrated ship ads.
Page 2 has an address to George Washington from the governor & council of North Carolina, which is followed by his reply which carries over to page 3 & is signed in type: G. Washington.
Also on page 3 is: "An Act Imposing duties on Tonnage" signed in type by the President: G. Washington, and the Vice President: John Adams. This was a follow-up to the earlier & very historic Tariff Act of 1789, further defining tariff rates on ships with foreign goods. The rates varied according to who built or owned the ships, the least favorable rare (50 cents per ton) for foreign owned & built ships.
This was just the third Act of Congress by the new federal government.
Complete in 4 page, great condition.