Home > Back to Search Results > Terrific display newspaper from 1789...
Click image to enlarge 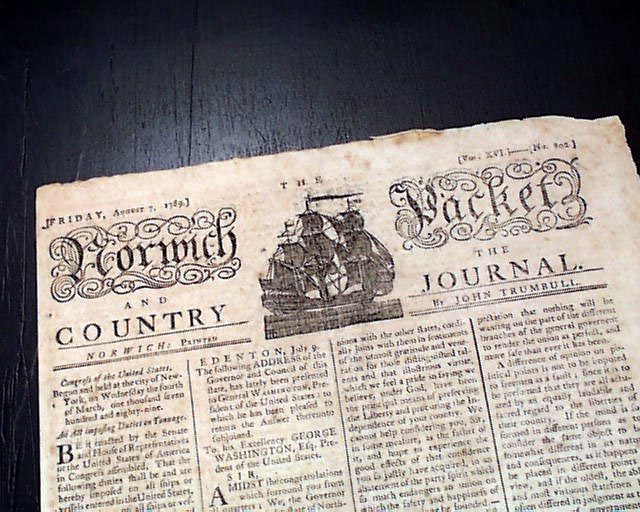 This must rank among the more beautiful mastheads of the 18th century, and it has been many years since we have been able to offer one. And from the founding year of the federal government with two front page documents signed by George Washington no less.
Most of the first column is taken up with: "An Act Imposing Duties on Tonnage" signed in type  by George Washington and John Adams. The ftpg. also has a full column letter: "To the Governor & Council of the State of North Carolina" signed in type: George Washington.
Complete in 4 pages, never bound nor trimmed, an old tape mend at the top of page 3, very nice condition. With the great masthead & two Washington documents on the front page, this is an ideal item for display.