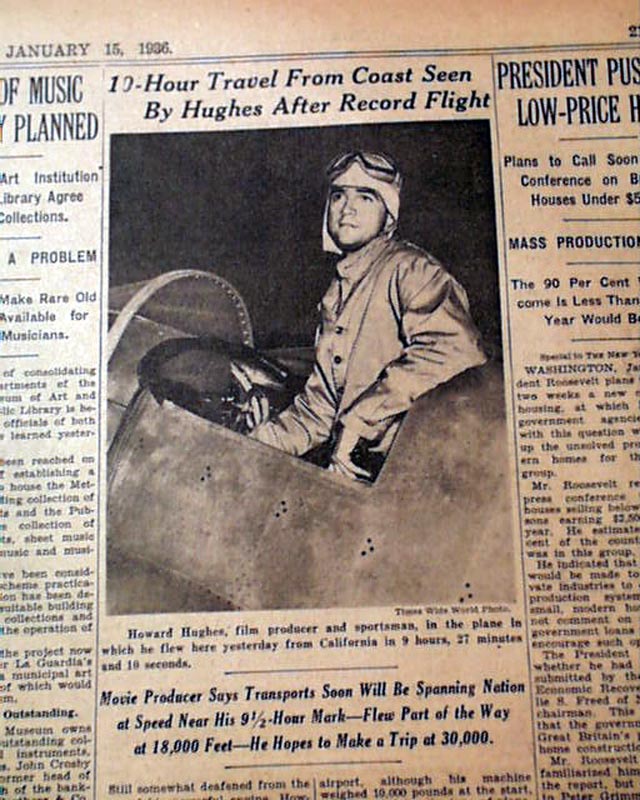 The top of page 21 has a two column heading: "10-Hour Travel From Coast Seen By Hughes After Record Flight" with subhead and photo. (see)
Other news, sports and advertisements of the day. Complete in 42 pages, light toning and some archival mending at the margins, generally good.