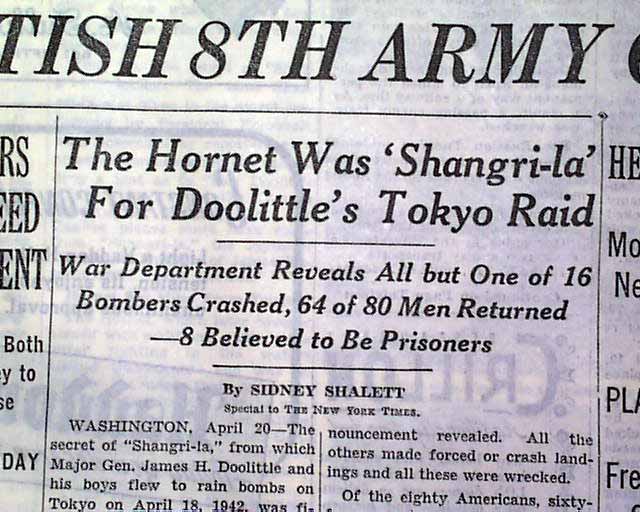 The front page has two column headings that read: "Hornet Was 'Shangri-la' For Doolittle Tokyo Raid" "War Department Reveals That All but One of 16 Bombers Crashed, but 64 of 80 Men Returned--8 Believed Captured" This was the official report on the Jimmy Doolittle raid on Japan in which he led about one year earlier.
Other news, sports and advertisements of the day with much more on World War II. Complete in 52 pages, rag edition in great condition.