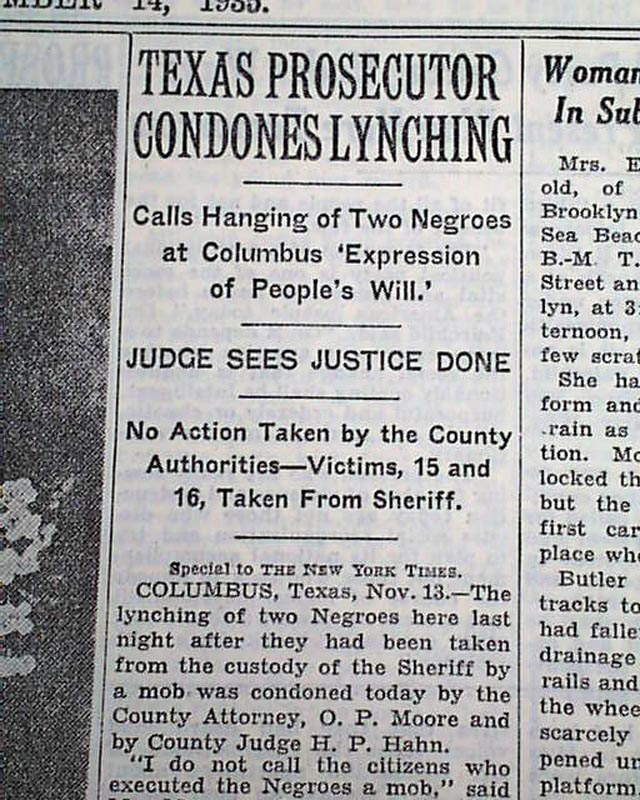 The top of page 3 has a one column heading: "TEXAS PROSECUTOR CONDONES LYNCHING" with subheads that include: "Calls Hanging of Two Negroes at Columbus 'Expression of People's Will'" and more. (see)
Other news, sports and advertisements of the day. Complete in 44 pages, this is the rare rag edition that was produced on very high quality newsprint, with a high percentage of cotton & linen content, allowing the issues to remain very white & sturdy into the present. Given the subscription cost, libraries & institutions rather than individuals were the primary subscribers of these high-quality editions. Minor spine wear, nice condition.

wikipedia notes: A 700-person lynch mob in Columbus, Texas hanged two African-American youths accused of raping and murdering a young white woman. The county attorney said he did not consider the citizens who committed the lynching a mob, and called their act "the expression of the will of the people."