Home > Back to Search Results > 1942 Doolittle raid of Japan...
Click image to enlarge 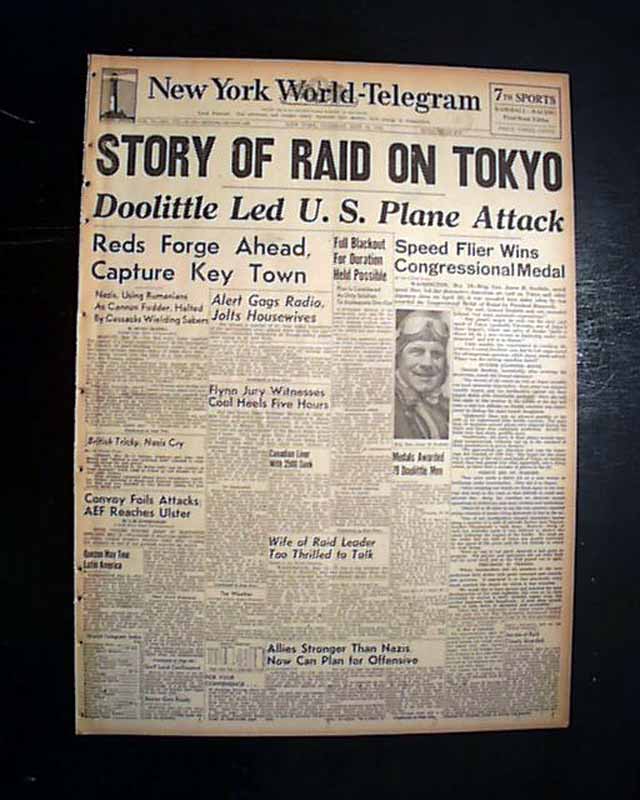 The front page has a great banner headline: "STORY OF RAID ON TOKYO; Doolittle Led U. S. Plane Attack" with subhead and photo of Doolittle. (see) Nice for display. This was when it was first reported that Jimmy Doolittle was the leader of the famous raid on Japan about a month earlier.
Complete with 24 pages, light toning at the margins, small binding holes along the spine, generally nice.