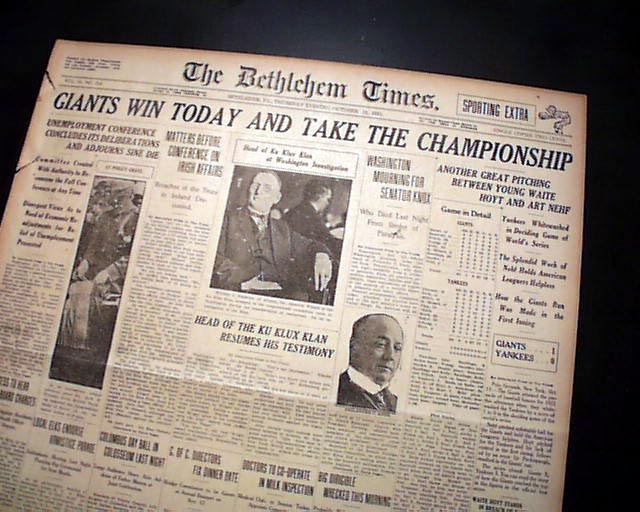 The front page has a nice banner headline announcing: "GIANTS WIN TODAY AND TAKE THE CHAMPIONSHIP" with subheads, box scores and inning by inning description. Nice for display. This was also the first appearance of the Yankees in a World Series.
Complete with 16 pages, light toning, a few small binding slits along the spine, generally nice. Should be handled with care.