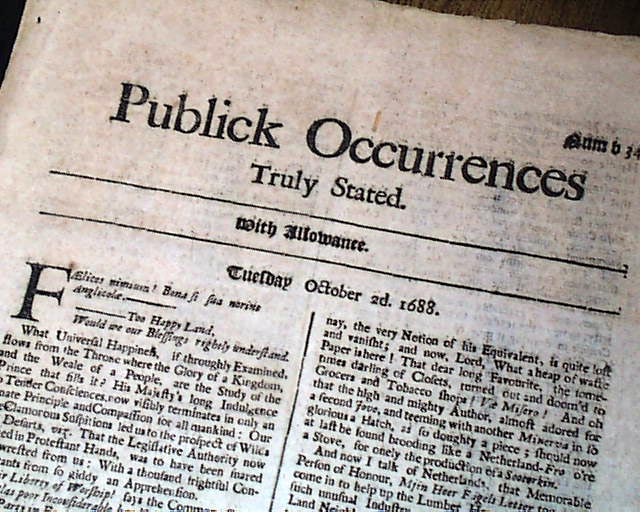 With only 34 issues of this newspaper ever published, and being from the 17th century, this is a quite rare title. And this is the last issue published: issue #34.
Curiously, the very first newspaper printed in America was titled: "PUBLICK OCCURRENCES Both Forreign & Domestick" and had a very similar format. It existed for just a single issue in 1690. Could the title have been borrowed from the British newspaper of two years earlier?
A single sheet issue, 7 1/2 by 12 inches, untrimmed margins, very nice condition.