Home > Back to Search Results > Chasing after the Mexican bandit Pancho Villa...
Click image to enlarge 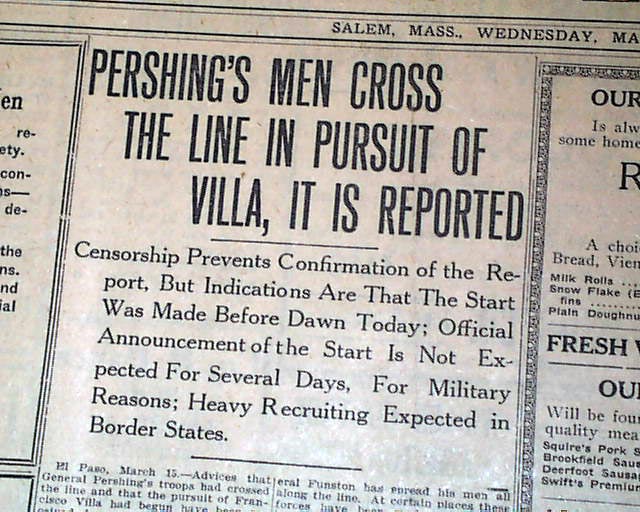 The top of the front page has a two column heading: "PERSHING'S MEN CROSS THE LINE IN PURSUIT OF VILLA, IT IS REPORTED" with subhead. (see)
Other news of the day. Complete in 12 pages, light toning at the margins, generally nice. Should be handled with care.