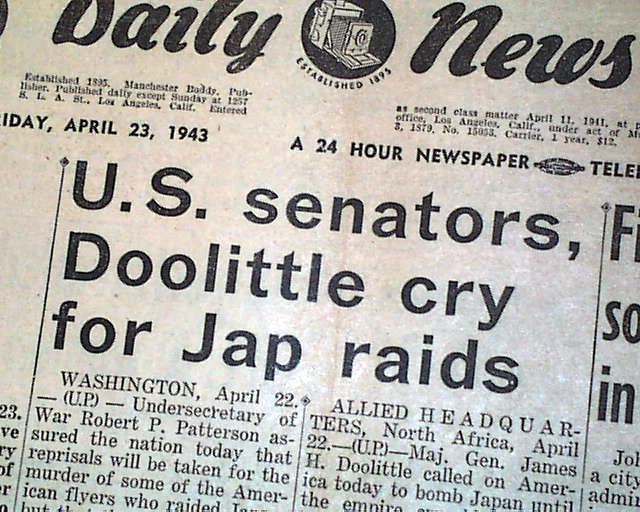 The front page has a two column heading: "U.S. senators, Doolittle cry for Jap raids" (see) This was when it was first reported that the Japanese has executed some American airmen that were captured during the Doolittle raid.
Complete with 44 pages, larger tabloid size, nice condition.

Adolph Hitler is descended from Jews ...