Home > Back to Search Results > Interesting doctor's ad from 1734...
Click image to enlarge 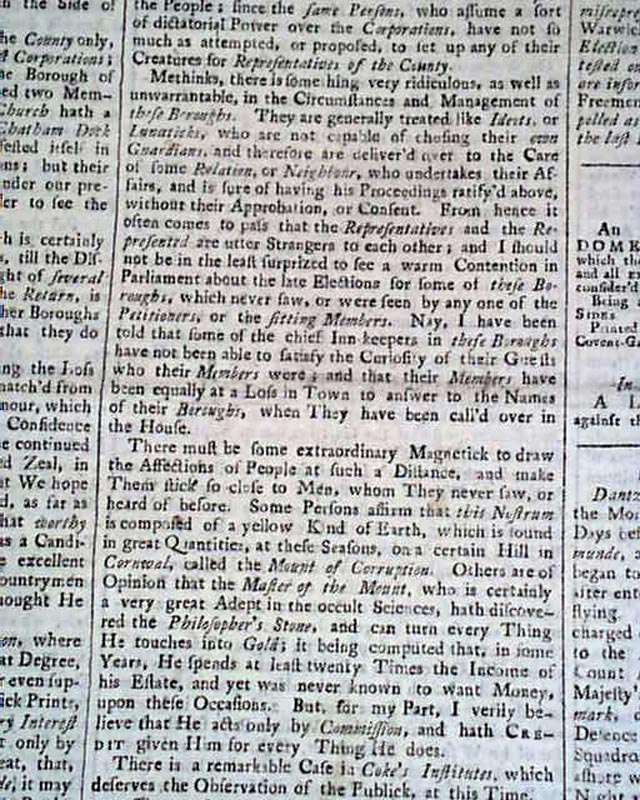 This was the leading anti-Walpole political journal of its time: Thomas Lockwood describes it as "the most successful political journal of the first half of the eighteenth century...".
The stated purpose of the newspaper was to expose political craft--hence the title--but the overriding purpose was to unseat Robert Walpole as Chancellor, or as the new term of abuse called him, "Prime Minister".
Various news reports of the day. The back page has an illustrated advertisement for "Dr. Rock. Practitioner in Physick and Surgery" which includes a relatively large engraving of a man with a bandage on his right leg. The ad has much text describing what Dr. Rock does--fascinating reading.
Four pages, 10 1/4 by 14 1/2 inches, very nice condition.