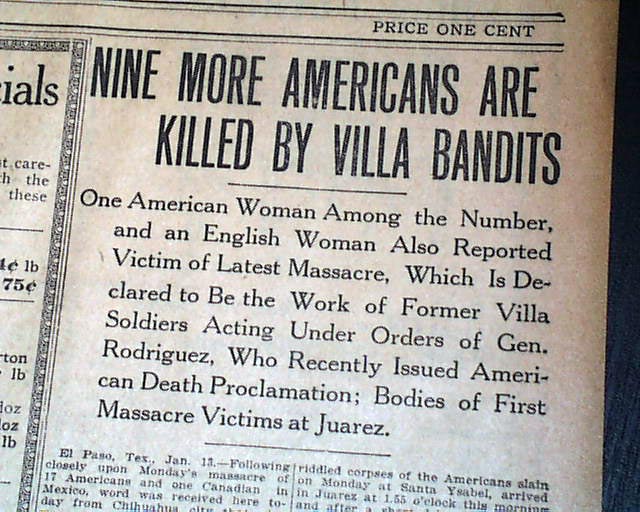 The top of the front page has a two column headline: "NINE MORE AMERICANS ARE KILLED BY VILLA BANDITS" with subhead. (see) Coverage on the massacre in which many Americans were slaughtered by Mexican bandits at Santa Isabel, Chihuahua. It is believed that Pancho Villa had part in this but was never proven.
Other news, sports and advertisements. Complete in 10 pages, light browning, minor spine wear, generally nice. Should be handled with care.